Microsoft Surface Duo could launch much earlier than was expected 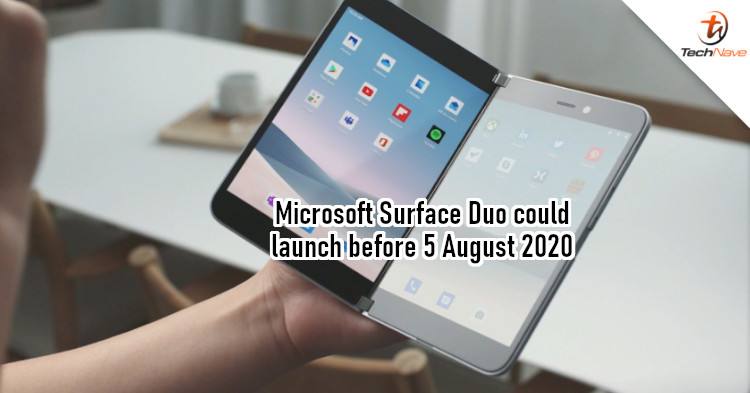 The dual-screen devices that Microsoft has been working on are rather intriguing for us. For sure, their ability to run two different apps that can interact through the separate screens can be invaluable. So, it's great to hear that the Surface Duo is coming soon.

According to Zac Bowden (via TechRadar), Microsoft is considering the launch of the Surface Duo before Samsung can launch its Galaxy Fold 2 on 5 August 2020. This lines up with a previous rumour claiming that the device could launch in Summer 2020. Interestingly enough, the official product page lists the device as "coming Holiday 2020", which in turn suggested that the earliest launch date would be in November 2020.

To be fair, the Surface Duo's product page was revealed in October 2019, so plans may have changed since then. Speaking of plans changing, the Surface Duo (Windows 10X) was delayed to 2021. This was officially confirmed by Microsoft back in April, as the company has decided to prioritise getting Windows 10X to work on a single screen first.

Due to the big difference between the initial and rumoured launch window, we're not sure if this rumour is accurate. With that said, would you be interested in getting a dual-screen Android tablet like this? Let us know on our Facebook page and stay tuned to TechNave.com for more news.