The Google I/O 2022 event held earlier today showcased new products that have been in the works by the tech giant, including the Pixel 6a launched during the event and the Pixel Tablet, due for release in 2023. Google also give several updates regarding its software, including a new feature in Android 13 which allows for copy and paste across devices.

It is similar in concept with Apple’s Continuity feature in its ecosystem but slightly different in terms of execution. Google gave a preview of the feature which by the looks of it, works through the ‘Nearby Share’ feature on Android. 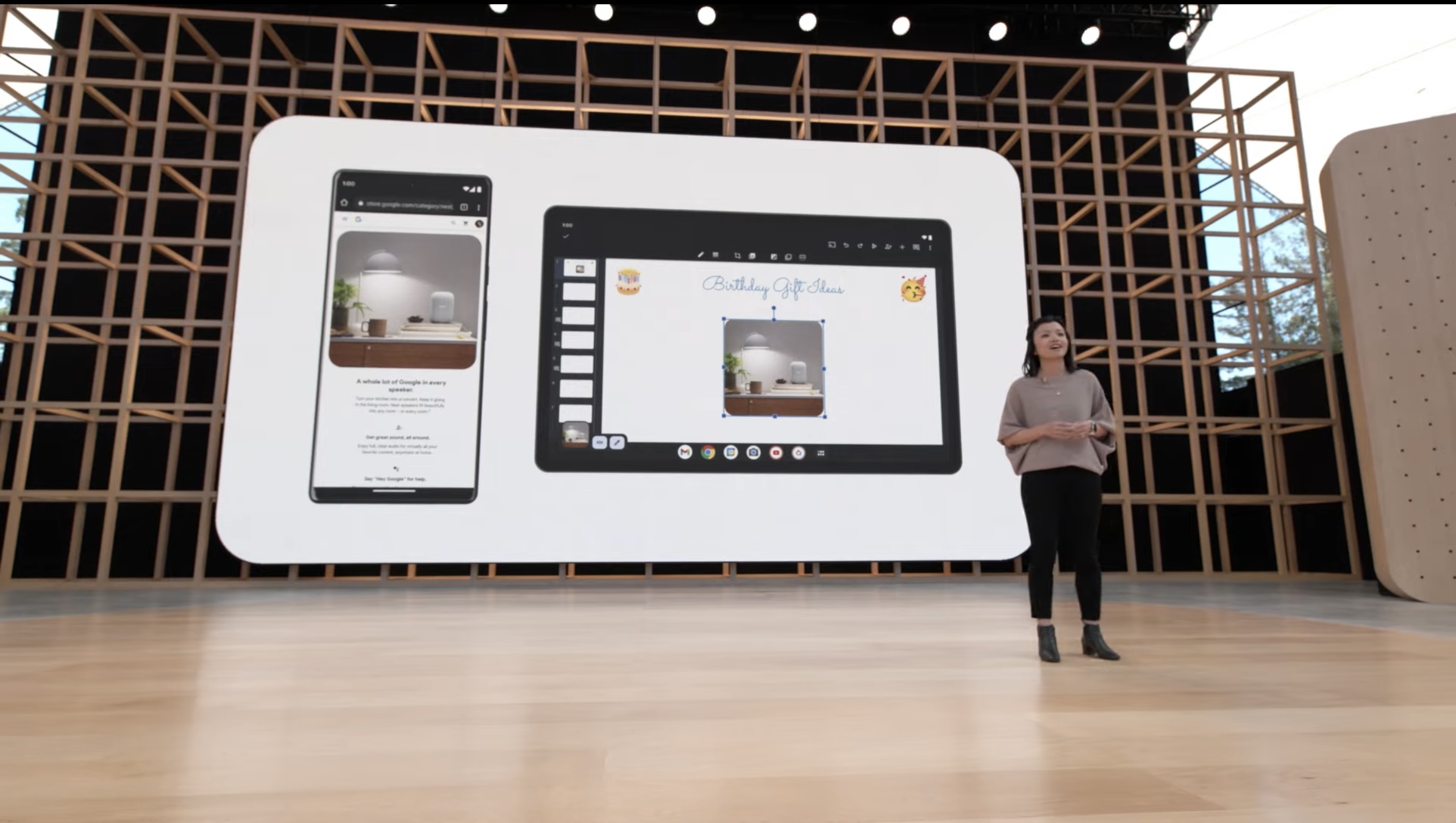 In the upcoming version of the OS, users can copy a text or image on one device and share that clip from the clipboard. Through a UI that looks similar to ‘Nearby Share, you can then send the copied material to another device running Android 13.

On the other device, you can then simply paste that copied material. Another notable thing from the preview is how copy and pasting will work in Android 13, whereby the OS looks like it will be treating any copied text or image as a screenshot, whereby the material would be shrunk down to the corner and displayed there.

Furthermore, there’s also a small Nearby Share and Edit pencil icon on the side of the window. Google confirmed that this new feature will be coming to Android phones and tablets with the new OS starting this September.

What do you guys think of this new feature in Android 13? Share your thoughts with us in the comments and stay tuned to TechNave for the latest trending tech news!