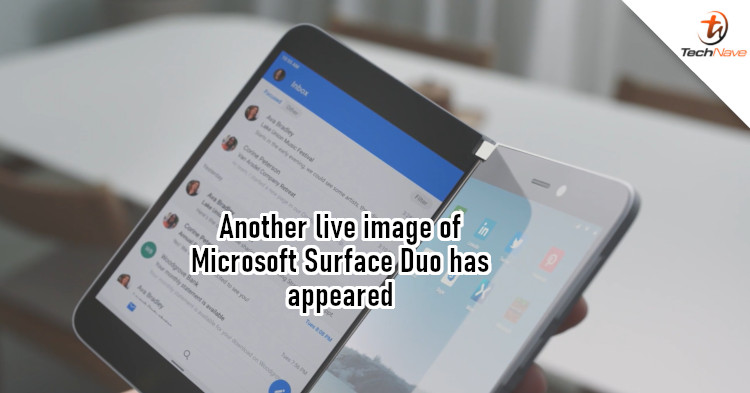 News of the Microsoft Surface Duo continues to appear, fueling speculation on the dual-screen tablet's launch window. In June, it was suggested that Microsoft plans to launch it much earlier than expected. Now, a live image of the device once again hints at a launch coming soon.

A few days ago, Microsoft Chief Product Officer Panos Panay replied to a tweet by Microsoft Technology Strategist John Wiese, hinting that he's pumped for the Microsoft Surface Duo. In his response, he posted a live picture of a device that's believed to the tablet being discussed. This isn't the first time we've seen live pictures of the so-called dual-screen tablet, but the tweets from Microsoft's members seem to suggest that the device launch will be sooner rather than later.

We already know that Microsoft plans to ship the tablet with Android 10 instead of Android 11, which is still in its public beta phase. The Surface Duo should also come with a Snapdragon 855 chipset, at least 6GB of RAM, up to 256GB of internal storage, and two 5.6-inch displays. While it's an older chipset, the tech specs are impressive enough and could result in a cheaper device.

We can't confirm when Microsoft would launch the Surface Duo, but multiple signs point at it being in the next few weeks. Having said that, what do you think about dual-screen tablets, is it what manufacturers need to do to sell more tablets? Share your thoughts with us on our Facebook page and stay tuned to TechNave.com for more news.