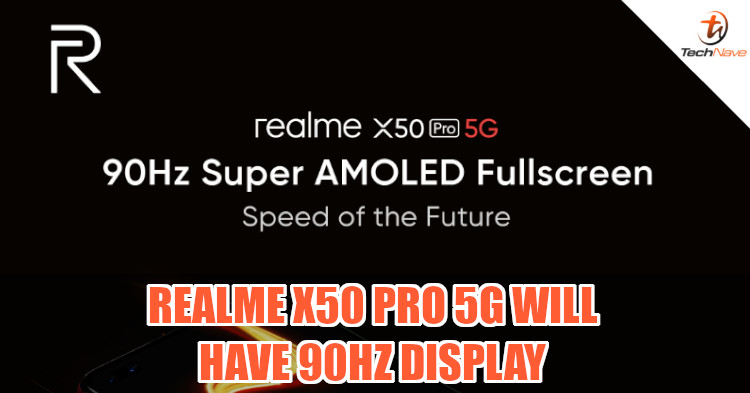 Yesterday, realme declared that it would be having an online launch for the realme X50 Pro 5G. But it's clear the company has no intention of letting up on the teasing, with the latest bit of news confirming that the display for the smartphone will have 90Hz refresh rate.

In the official Twitter post, realme Europe announced that the X50 Pro 5G would have a Super AMOLED display with 90Hz refresh rate. realme Chief Marketing Officer, Xu Qi, also posted up a screenshot on Weibo a few days ago, confirming that the device will have a Qualcomm Snapdragon 865 chipset, 12GB of RAM, and 256GB of internal storage. Xu Qi also posted up an AnTuTu benchmark screen that showed an impressive score of 574985, which indicates how powerful the chipset's CPU would be.

The realme X50 Pro 5G is a device that we feel has a high chance of making its way to Malaysia. But with all the other brands out there with similar specs and performance, which are are you setting your eyes on? Do let us know on our Facebook page and stay tuned to TechNave.com for further updates.