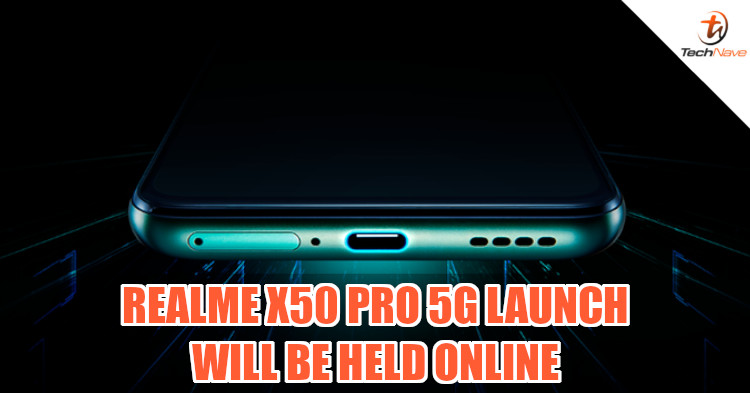 Due to fears of a coronavirus outbreak, GSMA yesterday confirmed that this year's Mobile World Congress (MWC) has been cancelled. Now that the event will no longer be held, there have been talks of some brands possibly running their own events during the original MWC 2020 week. It seems that this is what realme would be doing, except in a new location.

In an official announcement, realme declared that it would be pulling out of MWC 2020 due to the event cancellation. Instead, the brand will be having an online global launch held at Madrid on 24 February 2020. We now know that the device that will be launched is the realme X50 Pro 5G, which is expected to be powered by a Qualcomm Snapdragon 865 chipset, up to 12GB of RAM, and up to 256GB of internal storage. 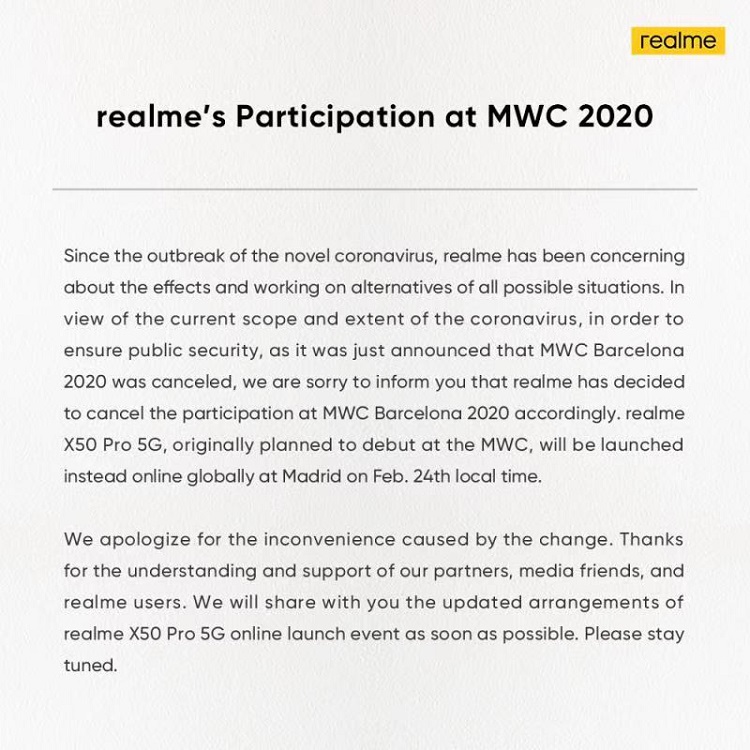 Additionally, Francis Wang (realme India CMO) has previously teased that there would be something exciting about TV from realme. There was also a rumour about a possible smartwatch after news of the realme fitness tracker named SayHat. If both are true, then realme could reveal a new smart TV and smartwatch during the online launch as well.

The way things are going, it's likely we'll start to see more brands opting to go for an online global launch. While realme has confirmed the date, we're not sure what time the event would start yet. We'll be keeping an eye for updates so make sure to stay tuned to TechNave.com for further news.