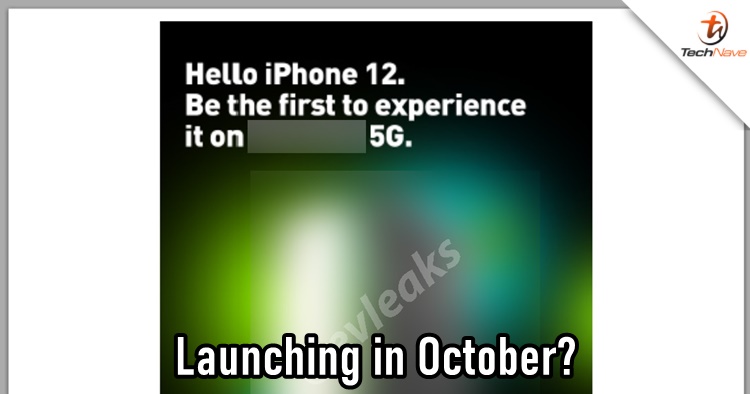 We are just five days away from the upcoming Apple Event but there are reports that the iPhone 12 series won't make an appearance. Nonetheless, we got a big leak from leakster @evleaks for his tweet about an email from a telco's preparation to launch the iPhone 12.

From the email, we can see that the iPhone 12 series will indeed feature 5G connectivity. Previously, it was a rumour that got overshadowed by other tech specs but this email pretty much confirms it. On top of that, this email also backs up the rumours of the devices launching on 20 October which some media outlets have reported. Right after the official Apple Event date announcement, both Bloomberg and Buzzfeed claimed that the company could be focusing on the new iPad and Apple Watch 6 Series instead of the iPhone 12 series.

Should it be true, this could be the first time for Apple to not have the iPhone as the main highlight at their event. Several reports have said due to the pandemic, it has slowed down the manufacturing process so hence, the delay until October. Moreover, rumours are pointing out that there could be four iPhone 12 models with an inspired iPhone 4 design, a new dark blue theme, and OLED displays.

Since all of these are just speculations, it's best that we take it with a pinch of salt. We will be staying up to check out the Apple Event livestream at 1AM (Wednesday) on 16 September so stay tuned for our official Apple news at TechNave.com.