Branding it as the "Selfie Expert" OPPO Malaysia have launched the OPPO F1s, packing in a 16MP front camera, front fingerprint sensor and metal unibody chassis for just RM1198. It will be available on pre-order from 10 August 2016 until 19 August 2016 with general availability nationwide from 20 August 2016 onwards.

Powered by a MediaTek MT6750 processor and 3GB of RAM, the F1s offers a 5.5-inch display with 720p HD resolution. The phone is clearly aimed at the young and trendy or those who simply like to take selfies as it also comes with selfie centric camera features like Selfie Panorama and Beautify 4.0. 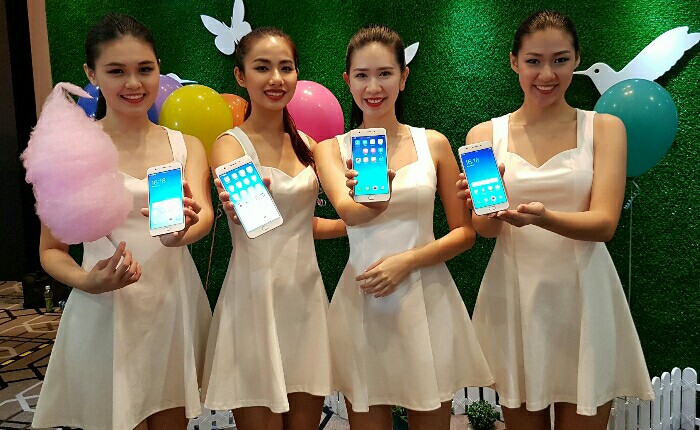 Here are the OPPO F1s tech specs and features: Our initial hands-on with the OPPO F1s reveals a slim metal frame phablet with thin bezels. At 160g it does weigh a bit heavy, especially for the one handed grip most selfies require. OPPO have got around this by making it a lot easier to take a selfie shot with their palm and audio shutter, which allow you to take selfie shots by waving your other hand or saying "Cheese!". The fingerprint button also offers a quick app launch set to specific fingerprints, allowing you to start apps or make calls automatically after unlocking the F1s.