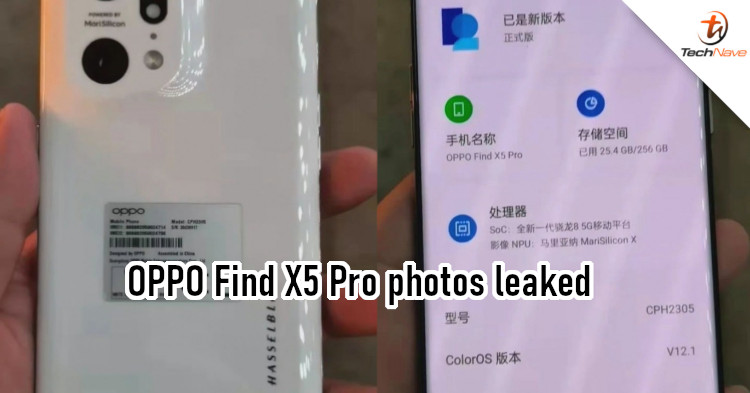 Last month, sources claimed that OPPO would launch its next-gen flagship series in Q1 2022. It's possible if you consider that the OPPO Find X3 series launched in March 2021. The OPPO Find X5 series is coming soon, and that's proven with leaked photos of the Find X5 Pro.

Pictures of what seems to be the OPPO Find X5 Pro were spotted on Weibo (via GSMArena). The device features a glossy white chassis with a protruding camera module. As you can see, the camera is powered by MariSilicon X, which is OPPO's first imaging processor. It also shows that the cameras are created with the help of Hasselblad.

Besides that, there's a picture that shows some basic details about the device. The OPPO Find X5 Pro variant in the picture comes with the Snapdragon 8 Gen 1 chipset, 12GB of RAM, and 256GB of internal storage. It's also confirmed that the phone will run on ColorOS 12.1, which is based on Android 12.

The original post has since been set to private, which means it's probably the real thing and OPPO requested for a takedown. What do you think about the design? Let us know in the comments, and stay tuned to TechNave for more news about it.