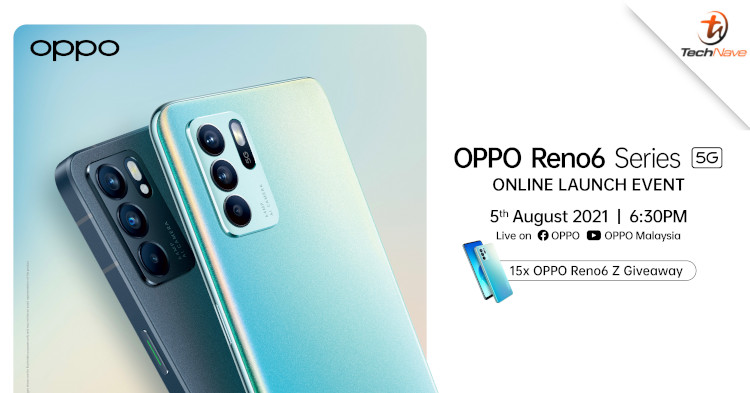 Last week, OPPO launched the Reno6 Z in Thailand. But the local launch is also coming soon. In fact, OPPO confirmed that the Reno6 and Reno6 Z would come to Malaysia. And now the official launch date has been confirmed to be 5 August 2021.

OPPO Malaysia has announced an event to unveil the Reno6. The event will be live on YouTube on 5 August 2021 (6:30 PM MYT), so all those who are interested can tune in then. You can also catch the live stream on Facebook, where up to 15 viewers will stand a chance to win the phone. The OPPO Watch will also be up for grabs.

As a reminder, the Reno6 Z is a mid-range device featuring the Dimensity 800U chipset. It also has 8GB of RAM (+5GB virtual RAM), 128GB of storage, and a 4310mAh battery. Highlights of the phone include the 64MP triple-camera setup, 32MP selfie camera, and 6.4-inch AMOLED display.

The local price for the Reno6 Z hasn't been announced, but we estimate the price to be around RM1600-1800. Having said that, would you be interested in buying this phone? Let us know what you think about it, and stay tuned to TechNave for more news like this.