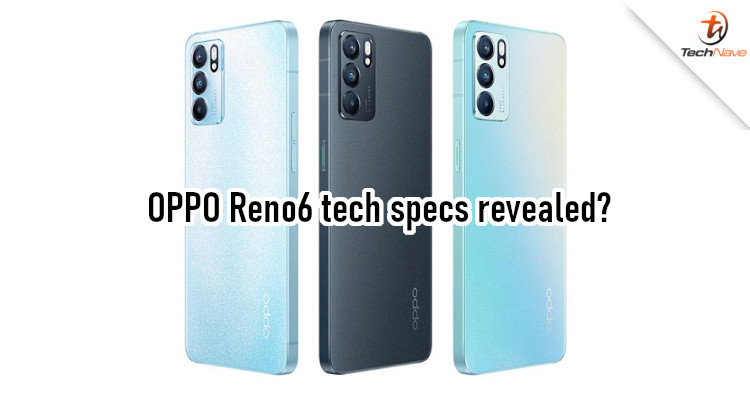 The OPPO Reno6 series only launched on May 2021, but the company is already looking to introduce the next generation. Sources found the main camera's spec for the OPPO Reno7 Pro last week, and now we have speculation for the specs of the standard model. 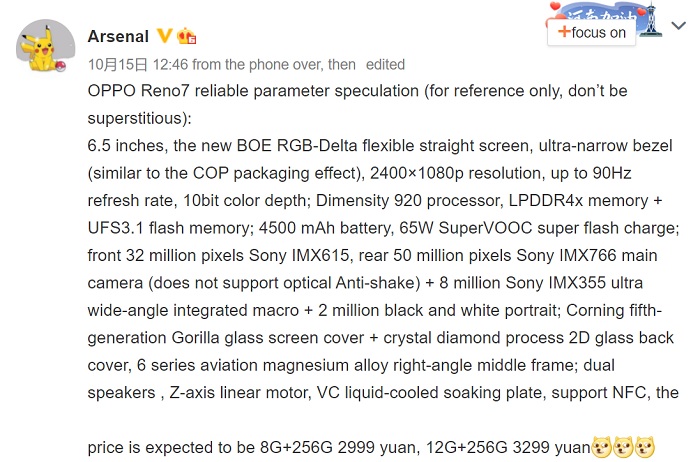 Take the rumour with a grain of salt, OK?

He also mentioned the 50MP main camera (Sony IMX766), 8MP wide-angle camera (Sony IMX355), and 2MP black and white camera. Moreover, the front camera would be a 32MP camera (Sony IMX615). As for other features, the OPPO Reno7 could come with dual-speakers, a Z-axis linear motor, and a liquid-cooled vapour chamber.

The OPPO Reno7 series could be a small incremental upgrade over its predecessor. The price is roughly the same too at an alleged 2999 yuan (~RM1938). Would it be a better option for those looking to get an OPPO Reno phone? We'll find out when it eventually launches! Until then, stay tuned to TechNave for more updates.