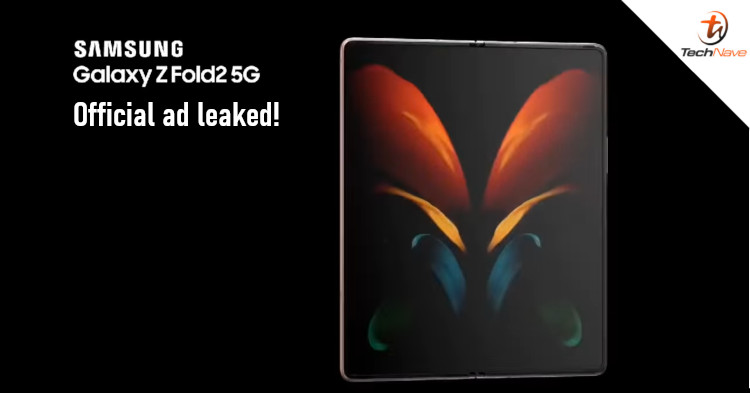 Thanks to the folks at Sparrownews uploading the video, we can see that Samsung's new foldable will have Ultra-Thin Glass protecting the display. It also mentioned support for 120Hz refresh rate, Adaptive Flex Mode, and Wireless DeX. Additionally, the video also shows that the device will be using a side-mounted fingerprint sensor.

As a reminder, the Galaxy Z Fold 2 5G is a foldable device with flagship-class tech specs. It will come with the Snapdragon 865+ chipset, 12GB of RAM, and 512GB of internal storage. Besides that, there will be a triple rear camera module (64MP+12MP+16MP), as well as a dual-front camera setup (10MP+10MP).

The foldable will go on pre-order in the US and China next month, though availability in Malaysia hasn't been announced yet. With that said, would you be interested in getting one for yourself? Let us know on our Facebook page and stay tuned to TechNave.com for more news.