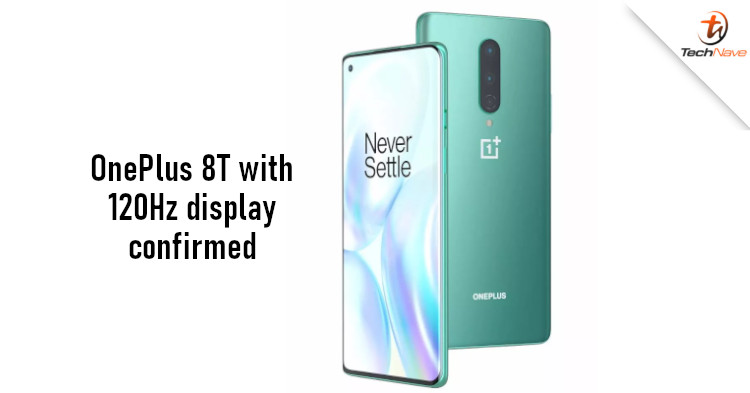 In the last few days, we've got some news that suggests that OnePlus would launch its 8T series without a Pro model. We're still not quite sure if this is true, but we haven't been seeing any reveals on it. Most of the news has been about the OnePlus 8T and the latest one is straight from the company's CEO, who revealed some details of the phone's display.

According to TechRadar, OnePlus CEO Pete Lau said that the OnePlus 8T will have a 6.55-inch display with 120Hz refresh rate. Lau also confirmed that the phone will have a 2.5D flexible panel that can deliver a maximum brightness of 1100 nits. In addition to that, the screen is expected to have a screen-to-body ratio of 91.9%, which is higher than even the OnePlus 8 Pro. Moreover, it will come with excellent colour calibration.

The OnePlus 8T sounds like it's going to be quite an impressive device, but let's wait and see what else it has to justify the pricing. With that said, would you be interested in this phone when it lands in Malaysia? Let us know on our Facebook page and stay tuned to TechNave for more updates.