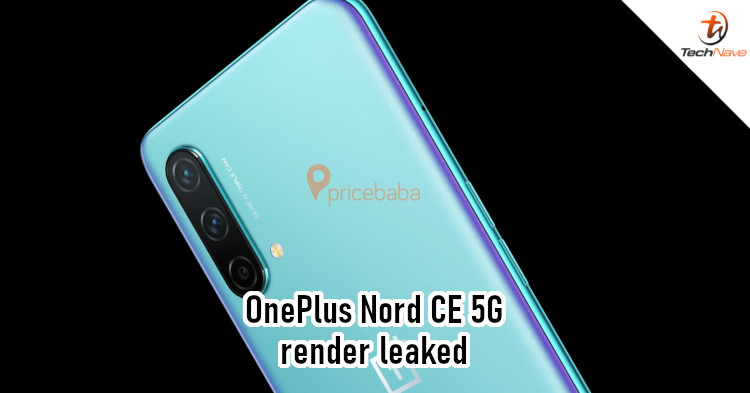 Last month, there was a rumour about OnePlus looking to launch a new mid-range device soon. Sources suggested that this would be the OnePlus Nord CE 5G, which is intended to be a successor of the OnePlus Nord N1 5G. Now, there's a new leak that shows us the back of the phone.

Besides the camera, the OnePlus Nord CE 5G is expected to come with other changes. Allegedly, it will come with a Snapdragon 750G chipset, up to 8GB of RAM, and up to 128GB of internal storage. That makes it slightly weaker than the Nord N1 5G in some areas of CPU performance. However, it makes up for that with a larger 4500mAh battery and the return of a 3.5mm audio jack. It's also expected to be priced between INR 20000 to 22000 (~RM1134 to 1247).

It looks like OnePlus is aiming for small improvements in a few areas while maintaining the price point. If that's the case, the OnePlus Nord CE 5G could be a pretty good mid-range option. Anyway, the supposed launch date is on 10 June 2021, so we'll find out soon. Until then, stay tuned to TechNave for more updates on this.