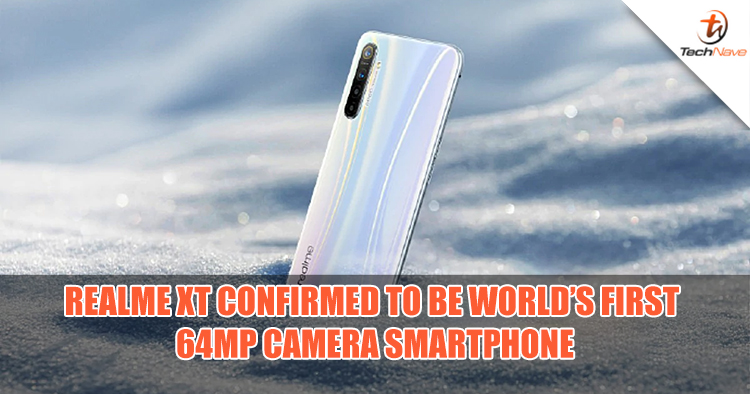 The Realme XT is due to be launched tomorrow. However, Realme had decided to jump the gun and unveil the main feature of the device - the 64MP camera sensor. However, no other tech specs and features have been mentioned.

According to reports, the smartphone is basically a Realme 5 Pro with a 64MP sensor and more RAM. Tech specs of the device have been speculated to include the Snapdragon 712 chipset and a 4000mAh battery capacity with VOOC 3.0 fast charging. As for the camera, it may be a quad camera setup.

We can expect to see the device out in markets (at least in India) before Deepavali this year. Looks like Realme has beaten out Xiaomi, Redmi and Samsung in the 64MP sensor race. So what do you think of the smartphone? Does the sensor make the smartphone desirable? Keep up with the latest Realme news on TechNave.com!