Redmi K20 may be called Xiaomi Mi 9T in Poland with NFC and 3.5mm jack 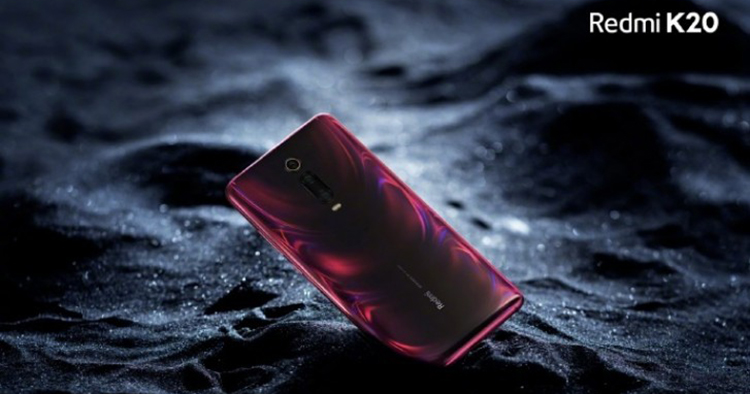 We’re a day away from the China launch of the Redmi K20 and Redmi K20 Pro. Leading up to now, many leaks and information has surfaced about the device. Rumours that the Redmi K20 to have another name as come up with sources claiming that the device may be launched under the Xiaomi brand in Poland with the name Xiaomi Mi 9T and Xiaomi Mi 9T Pro.

It seems that a lot of the limelight has been placed on the Redmi K20 Pro. Lu Weibing, Redmi GM has revealed in a Weibo post that the K20 Pro will be keeping the iconic 3.55 headphone jack with Hi-Res Audio certification. We do have some info about the regular K20. Rumours claim that the Redmi K20 and K20 Pro may be released with some hardware differences. The K20 has been rumoured to carry some lower specs which include the Snapdragon 730 which is currently the best chipset a mid-range phone can have. While it is a step down, we can expect the price of the Redmi K20 to be a lot lower than the K20 Pro which is good a good thing.

However, don’t be too alarmed about the differences as the 2 devices will share one impressive key feature: NFC. Lu Weibing shared on his platform that both the K20 and K20 Pro will be equipped with a NFC chip - the same NFC chip equipped on the iPhone XS. He mentions that the K20 series is the first Redmi device to be equipped with NFC and it uses the same latest NXP generation SN100 series chip as last year’s Apple flagship smartphone. For those unaware, NFC is basically a simulated card on your device. It can be used to pay for bus fares, work as access cards, support Xiaomi payment methods (similar to Apple Pay), unlock NFC door locks and many more. 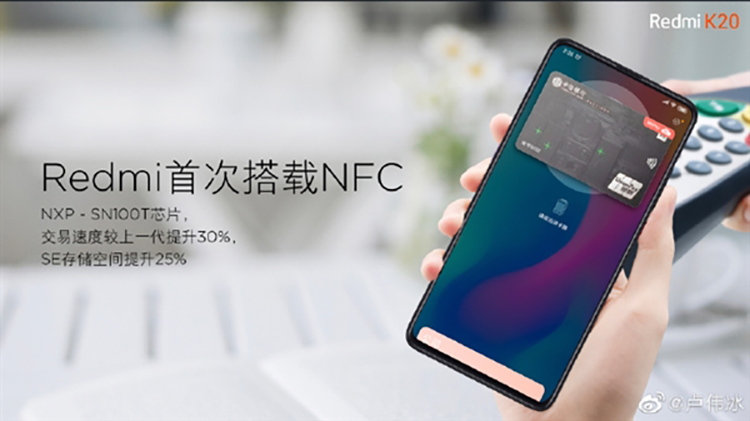 So far, we do know that the Redmi K20 may feature the same camera setup as the Xiaomi Mi 9 with 48MP + 13MP (ultra-wide) + 8MP (telephoto) sensors and supports 960fps slow-mo recording. As for its tech specs, we may be seeing 8GB RAM + 128/256GB of internal storage variants, a 6.39 inch display, an in-display fingerprint reader and 4000mAh battery with fast charging support. So what name do you think the Redmi K20 will be released with here? For the latest Redmi news, stay tuned to TechNave.com!