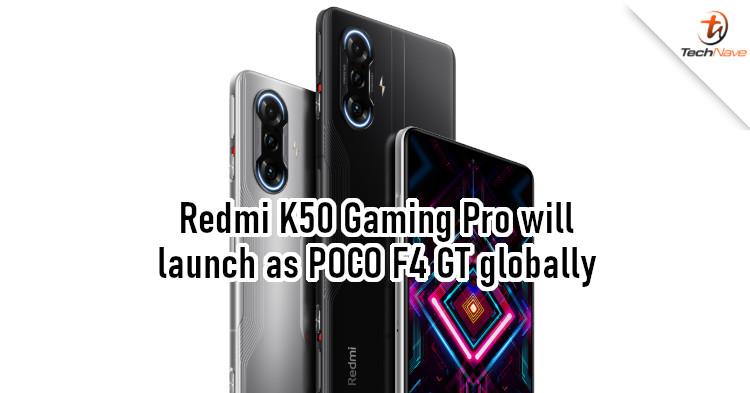 Rumours of the Redmi K50 series first popped up in July. Since then, there hasn't been that many details about it, but a K50 Pro+ model with a 108MP camera is allegedly part of the series. Sources now claim that there's going to be a K50 Gaming Pro model too.

According to Xiaomiui, the Redmi K50 Gaming Pro (model number 21121210C) was spotted on the IMEI database. The phone will also allegedly be available on the global market as the POCO F4 GT (model number 21121210G). Xiaomi was expected to launch this series in December 2021, but it's rumoured that there aren't enough units available so the launch could be delayed.

In terms of hardware specs, the standard Redmi K50 Gaming model is expected to have the new Dimensity 9000 chipset. It's also going to feature a 120Hz or 144Hz OLED display and a quad-camera (64MP+13MP+8MP+2MP) at the back. There's also going to be a variant that will have a 108MP camera, which could be the K50 Gaming Pro.

Mind you, none of the above has been verified, so take the news with a grain of salt. Having said that, what does the Redmi K50 Gaming series need to be a worthwhile upgrade? Share your thoughts in the comments, and stay tuned to TechNave for more updates about it.