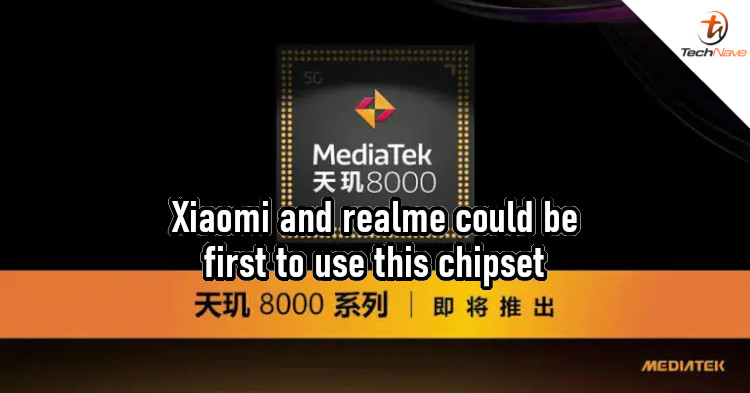 In the last week or so, we've seen some news about new MediaTek chipsets. The company already launched its flagship Dimensity 9000 last month, before confirming that a Dimensity 8000 would also come soon. Now, we also have sources suggesting which devices would be the first to feature the Dimensity 8000.

According to Digital Chat Station, Xiaomi and realme plan to launch devices with the Dimensity 8000. Specifically, the Redmi K50 series and realme GT Neo 3 series could both come with this new mid-range chipset. The tipster also hinted that the two brands will compete in the mid-range market with aggressive price tags. This suggests that the two series would have great value for money.

The Dimensity 8000 is powerful enough to handle most apps. Even 3D games with high requirements are no problem for this chipset. IT has a CPU with 4x Cortex-A78 (2.75GHz) cores, 4x Cortex-A55 cores, and a new Mali G510 MC6 GPU that's said to be twice as fast as its predecessor. On top of that, the Dimensity 8000 supports refresh rates of up to 168Hz (on Full HD resolution), UFS 3.1 storage, and LPDDR5 RAM.

Of course, we'll need to see how this chipset performs when it's officially out. But overall, you can expect it to be as good as flagship chipsets from a few years back. Would this convince you to get mid-range phones over flagship ones in 2022? Let us know in the comments, and stay tuned to TechNave for more news like this.