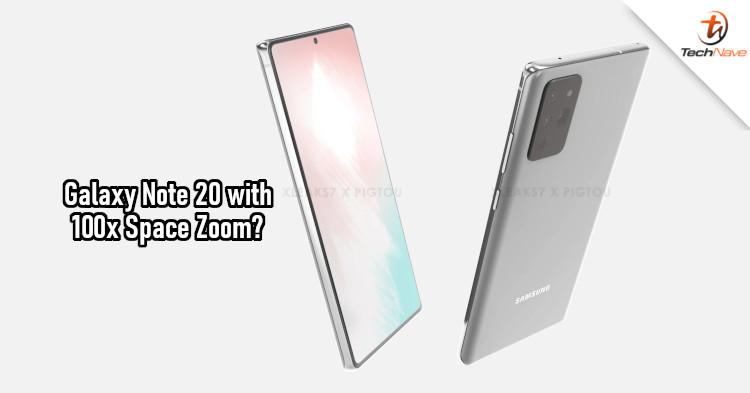 After the launch of its Galaxy S and A series of devices, it's about time we started hearing more of the upcoming Galaxy Note 20 series. Samsung is expected to launch it in the second half of the year, but we've been seeing rumours popping up now and then. The latest one contains renders of the Galaxy Note 20, which shows what's new with the new model.

The use of the Galaxy S20 Ultra's camera module sounds exciting. But Samsung hasn't confirmed if any of these renders or info are true, so do take the news with a pinch of salt. Having said that, what do you think of the renders? Would you approve of the design if it's real? Let us know on our Facebook page and stay tuned to TechNave.com for further updates on the Galaxy Note 20.