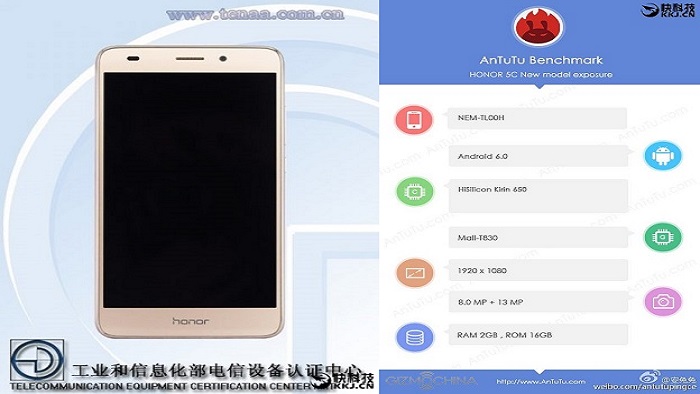 Huawei could be aabout to announce the Honor 5C as their new member of the Honor Series but recently, an Antutu benchmark result was found showing us the performance of the Kirin 650 SoC. By looking at the benchmarking app, we can see the model code of the device is “NEM-T00L" and is powered by a Kirin 650 octa-core SoC with eight Cortex-A53, four cores with 2.0Ghz and another four with 1.7Ghz.

The GPU is Mali-T380 as shown and it is probably manufactured by TSMC using the 16m, process. As for tech specs, the Honor 5C could come with a 5.2-inch FHD display, 2GB of RAM, 16GB of internal storage, 13MP primary camera and an 8MP secondary camera. It will be running Android 6.0. 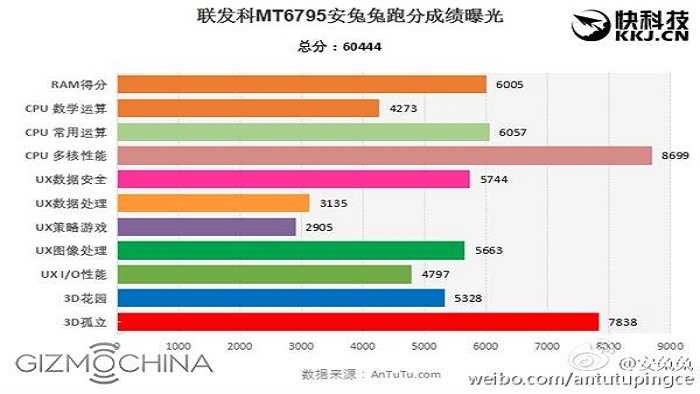 Comparing both the Antutu 6 result, the Honor 5C comes in slower at 53319 points compared to the Helio X10 that has eight A53 cores clocked at higher 2.3Ghz and PowerVR G6200 GPU that scored 60444 points.