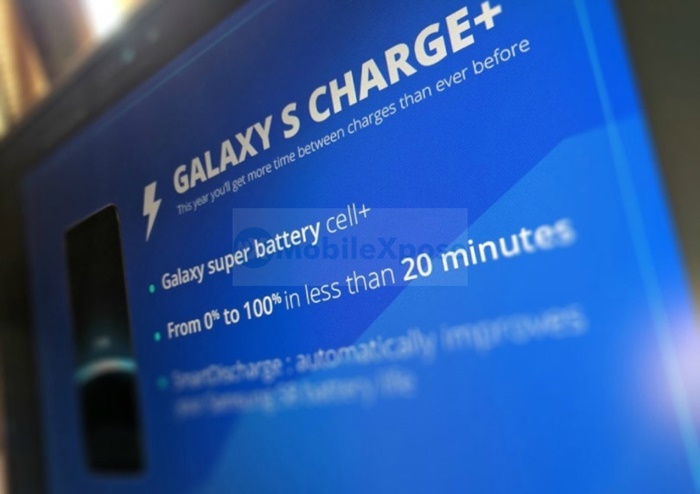 With Samsung to unveil the Galaxy S8 and S8 Plus tonight at their Unpacked event, we just got some juicy news on the flagship has a new feature called Galaxy S Charge+. As you can tell, it hints heavily on its charging speed, but how fast?

According to sources, the Galaxy S Charge+ can fully charge up the flagship from 0% within 20 minutes! Actually, this charging technology rumour sounds similar to the Meizu Super mCharge technology which can also charge the same speed, and if true, this clearly beats out many smartphones that can quick charge 50 - 60% within 30 minutes.

Besides that, there’s another rumour going around that the Samsung flagships will also feature SmartDischarge and Galaxy super battery cell+. The SmartDischarge is said to automatically optimize battery discharging usage, so that it can have a longer battery life per charge. Again, this echoes what Sony is doing with its Qnovo technology.

Alongside Galaxy S Charge+, the promotional poster for the feature also says that the two upcoming flagship phones will debut a software feature known as SmartDischarge, made to automatically optimize battery discharging to promote longer shelf life and more battery life per charge. A mysterious feature called Galaxy super battery cell+ was also on the poster.

The Samsung Unpacked 2017 event will be aired live via www.samsung.com/my at 11PM local time, do stay tuned for our new coverage on that one tonight at TechNave.com!