Samsung Galaxy A32 5G design unveiled via leak of cases 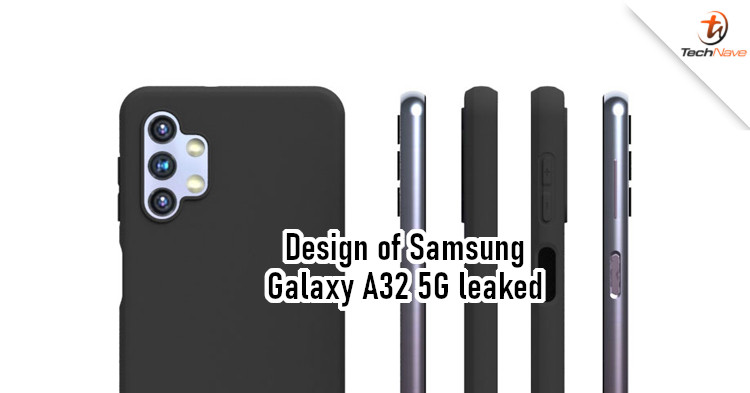 For Samsung fans, the last few weeks have been packed with rumours. Besides the news of the flagship Galaxy S21 series that's coming in Q1 2021, the company also quietly launched the Galaxy A12 and A02s recently. Now, leaks reveal that there's going to be a Galaxy A32 5G coming soon too.

According to Sudhanshu, some parts of the Samsung Galaxy A32 5G were revealed through leaks from a case maker. The images show that the phone could have a tear-drop notch for the front camera and a display that seems curved. At the back, there's a vertically-aligned triple rear camera with two LED flash. Besides that, there's what seems to be a side-mounted fingerprint sensor and a 3.5mm audio jack.

As for the tech specs, we don't have any details on that yet. However, it's rumoured that this could be the most affordable Samsung 5G smartphone for 2021. In that case, it could be using the upcoming Snapdragon 775 chipset. It's also likely to have at least 6GB of RAM and 64GB of internal storage. Of course, we're just speculating here, so take what we've said with a grain of salt.

With that said, what do you think about the design revealed here? Is this a phone you'd be interested in? Let us know in the comments below and stay tuned to TechNave.com for more news like this.