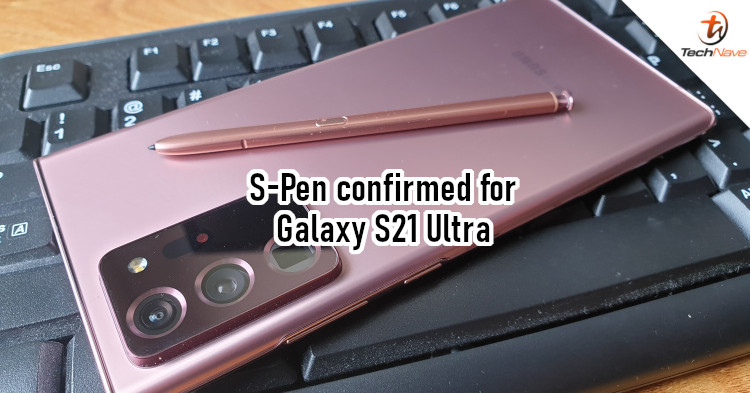 A few months back, it was suggested that Samsung could discontinue the Galaxy Note series. Consequently, other devices like the Galaxy Z Fold 3 and Galaxy S21 Ultra would be getting S-Pen support. Now, sources say that the model number for this new optional S-Pen has been determined.

Model Number for S Pen that can be bought separately for the Samsung Galaxy S21 Ultra! #GalaxyS21 #GalaxyS21Ultra #Samsung

We have seen more news about the Galaxy S21 series lately that confirm the use of the Snapdragon 888 chipset, upgraded ultrasonic fingerprint sensor, and Penta-camera for the Ultra variant. There's even a leak for the Galaxy Buds Pro TWS earbuds, which could be launched along with the Galaxy S21 series as early as January 2021.

The source has been pretty reliable before, so this news has some credibility. But what are your thoughts on having an S-Pen for the Ultra variant, would the phone be big enough for you? Let us know in the comments below and stay tuned to TechNave for more updates on this.