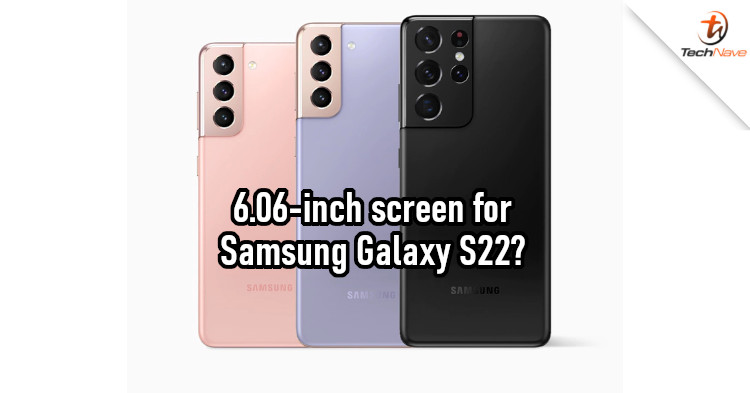 It might still be 2021, but rumours of the Samsung Galaxy S22 series have already started appearing. An interesting one from last month claimed that this flagship series will have smaller batteries. But why is that? A reliable may have found the reason for that.

The clue comes from Ice Universe, who claimed that the Galaxy S22 will come with a 3700mAh battery. It's an almost 10% decrease from the Galaxy S21, which has a 4000mAh battery. Allegedly, this is because the new model will come with a more compact body that's even slightly smaller (6.06-inch screen) than the Apple iPhone 12. The smaller size could also be the reason behind the screen ratio's reduction from 20:9 to 19.3:9.

The S22 battery has only 3700mAh. Yes, it's true.
But S22 is Samsung's smallest flagship phone in recent years. Its length, width and thickness are a little smaller than iPhone 13. I like such a small phone and I will definitely buy it. pic.twitter.com/BGADgJ2POO

Besides the possible size reduction, it was rumoured that the Galaxy S22 series won't come with any under-display front cameras. That's a bit disappointing, but there could be an upgrade for the telephoto lens optical zoom from 1.1x to 3x. We could also see a return of the 3.5mm audio jack and the inclusion of a vapour chamber cooling system, though the latter could be reserved for the Galaxy S22 Ultra.

Mind you, a lot of the above are rumours and speculation, so take it with a grain of salt. But what are your thoughts on these rumours? Do you like any of these alleged changes? Let us know in the comments, and stay tuned to TechNave for more updates about this.