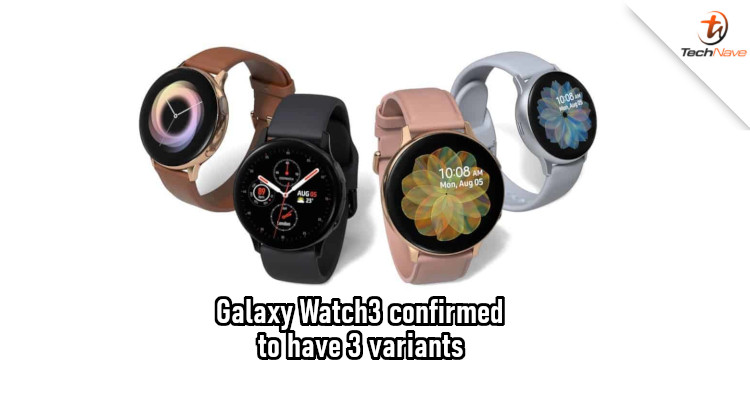 Leaks of new Samsung products continue to appear in the run-up to Samsung Unpacked coming this August 2020. Just a few days ago, real images of the Galaxy Watch 3 was leaked. Now, the device is getting official certifications in various countries, which proves that the launch would be soon.

According to Gizchina, three device models were found listed on India's Bureau of Indian Standards (BIS). They are the SM-R845F, SM-R855F, and SM-R850F, suggesting that there will be a minimum of 3 variants that will be available in India. The SM-R855F also appeared in Thailand's NBTC last week and it was listed as "Galaxy Watch3 41mm", with the SM-R845F likely the 45mm-sized variant. We're not sure what the last one could be, but it might be the premium variant with a titanium body. 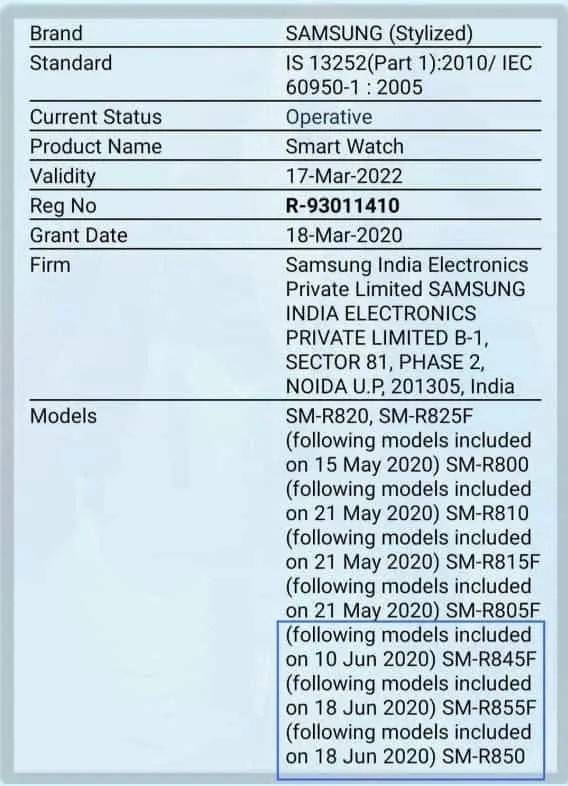 Besides that, a Galaxy M01S smartphone may also be on the way. This is most likely a variant of the Galaxy M01 that launched earlier this month, with a Mediatek Helio P22 chipset instead of the Snapdragon 439 chipset. Certification for this device was also found on the BIS website.

Of the two reveals, many of you are probably most excited for the Galaxy Watch 3. It's supposedly going to be unveiled in July 2020 before the Galaxy Note 20 series and Galaxy Fold 2, so more details will probably appear in the next week or so. Till then, stay tuned to TechNave.com for other news on the latest tech and gadgets.