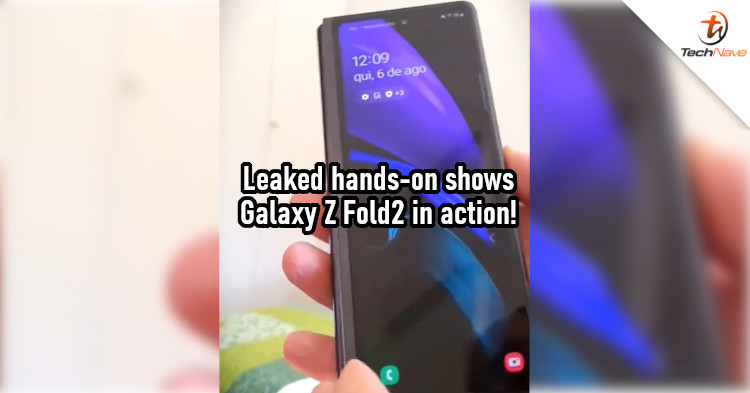 Although Samsung officially announced the Galaxy Z Fold 2 at its latest Unpacked event on 5 August, the device won't be released till September 2020. Fortunately, we can always count on leakers to help us see more of the phone. In fact, we now have a better look at what the device looks like from multiple angles - thanks to a leaked hands-on.

The leaked hands-on comes from Ben Geskin, a rather prominent leaker who creates renders for various smartphones. It's a short video that shows the Galaxy Z Fold 2's large unfolded 7.6-inch display. As you can see, there's no longer a thick notch there on the right half for the camera and it instead uses a small punch-hole for the selfie camera. The secondary display is also much larger at 6.23-inch, with thinner bezels and a secondary selfie camera too.

Also, remember earlier this week when we thought BTS was going to have a performance at the Unpacked event? Turns out what they were asked to do is an unboxing video. In the video, the band showed off the Mystic Bronze version of the Galaxy Z Fold 2 and we got a glimpse of the triple rear cameras, as well as the selfie camera in action.

Leaked live images and renders from before already confirm what the device would look like. But videos like these are better for showing how the device looks in real life, especially since we get to see the fold creases as well. With that said, what do you think of the Galaxy Z Fold 2's design compared to the original Galaxy Fold? Let us know on our Facebook page and stay tuned to TechNave.com for future updates on this device.