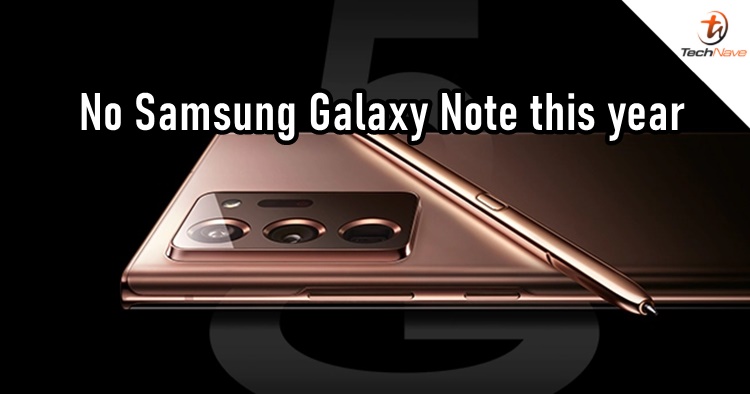 Right after Samsung unveiled the latest Galaxy A series lineup (the Galaxy A32, Galaxy A52, Galaxy A52 5G and Galaxy A72 5G) last night, it has been confirmed by DJ Koh, Samsung Mobile Co-CEO that we won't be seeing the Galaxy Note series this year. That said, it doesn't mean that Samsung has buried the Note either.

From a short interview, DJ Koh told the media that Samsung will not abandon the Galaxy Note series and he clarified that the launching is scheduled for 2022. If we had to guess, it might be released in Q3 of next year just as per tradition. Since we have a year plus to go, Samsung has plenty of time to figure out what they are going to do with the Galaxy Note series as the S Pen is now available on the Galaxy S21 Ultra and perhaps even the Galaxy Z Fold lineup.

Speaking of the foldable Galaxy phone, Samsung also confirmed that the upcoming Galaxy Z Flip 2 and Galaxy Z Fold 3 are scheduled for Q3 2021. A new Samsung smartwatch with WearOS will also be launched and finally, a new Galaxy S21 FE is coming in Q4 this year. We may also see some a new Galaxy M series in India as it's quite popular there.

So what do you think of Samsung's 2021 smartphone lineup? Let us know in the comments below and stay tuned for more trending tech news at TechNave.com.