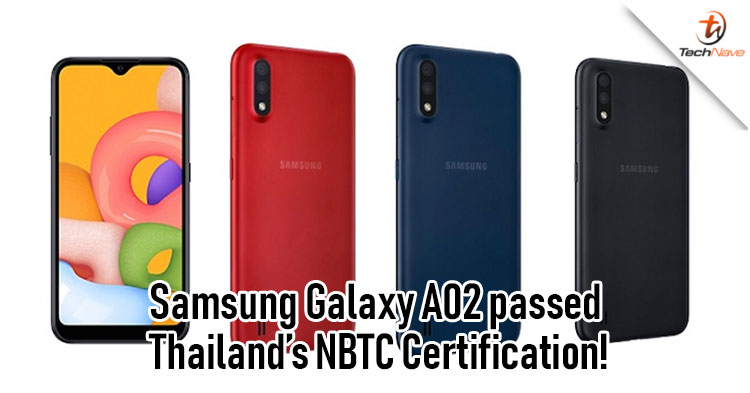 Samsung has now brought more focus onto its budget smartphones lineup with the Samsung Galaxy A and M series. When we talk about budget smartphones, Samsung did introduce a smartphone that is less than RM500 which is the Galaxy A01 that got so much attention to it. Today, we found out Samsung is preparing for another new entry-level Galaxy A02s that just got certified by Thailand’s NBTC certification and GeekBench benchmark.

According to Thailand’s NBTC certification, there are no details stated about the phone. Luckily, GeekBench did reveal some of its specifications. The new Samsung Galaxy A01 scored 756 points in the Single-Core tests and 3932 in the Multi-Core tests with a 1.8Ghz Octa-Core Qualcomm chipset. Although the name of the chipset is not stated, with the results shown on the benchmark, we would assume it might be having the Snapdragon 460 chipset with 3GB of RAM. 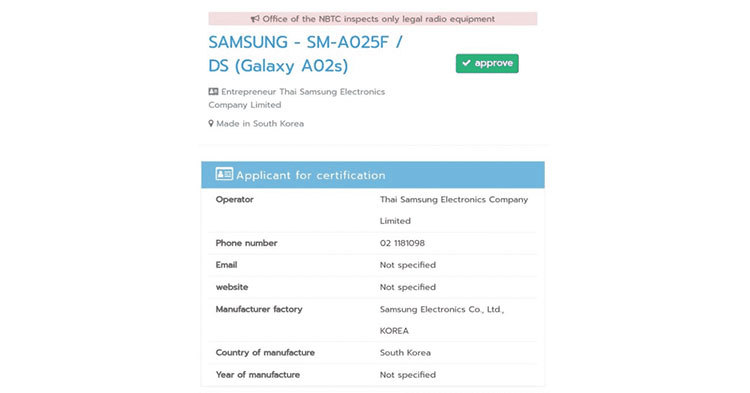 Besides, it is also rumored to be having a 5.7-inch HD+ waterdrop notch display with a dual-camera setup on the rear compromising a 13MP main shooter and a 2MP depth sensor. As for the front, it might sport a 5MP selfie camera like the one on the Samsung Galaxy A01. As for the operating system, it probably will come in with the One UI based on Android 10 since it has 3GB RAM which is capable of running Android Go that requires at least 2GB RAM. In addition, the phone will have Bluetooth 4.2, WiFi-Direct, and GSM/WCDMA/FDD-LTE on connectivity.

Either way, there is still no official confirmation on the tech specs and release date for the Samsung Galaxy A02, but with the passed certification, we assume it will be arriving real soon. So stay tuned for more tech news updates on TechNave.com