Current Location: Home > News > Sony Xperia 1 II will be available in the US and Europe soon, price estimated to be ~RM5213

Sony Xperia 1 II will be available in the US and Europe soon, price estimated to be ~RM5213 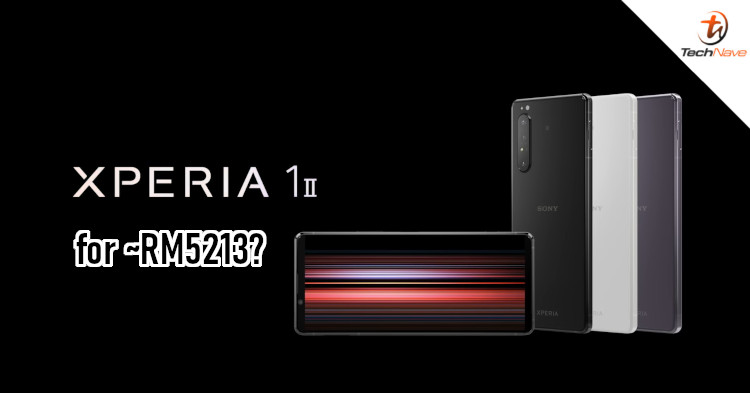 Last month, Sony Spain said that the Sony Xperia 1 II will be coming at the end of April. Turns out that Sony's upcoming flagship smartphone could be available by the end of this month instead. This is evident by the fact that the pre-order page for the device has appeared on B&H and Belsimpel.

Thanks to a screenshot taken by Android Police, we can see that the Sony Xperia 1 II is expected to retail for USD 1198 (~RM5213). B&H has since taken down the pricing, though Belsimpel still has it listed as 1199 Euros (~RM5718). Either way, this pricing is most probably the correct one, considering the specs and features of the phone. Most of the details were already unveiled at the launch back in February 2020. 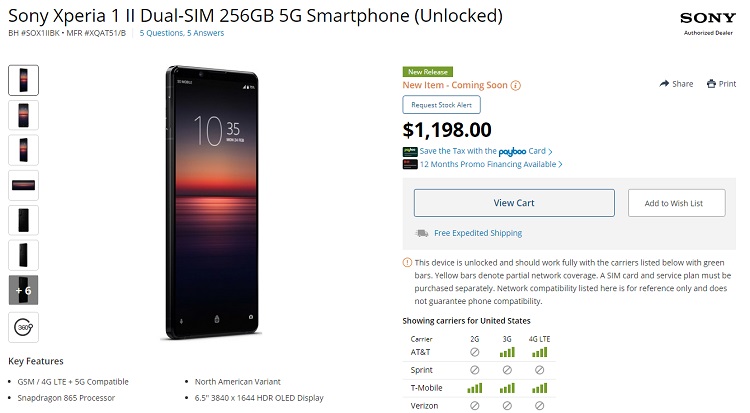 Speaking of its specs and features, the Xperia 1 II comes with a Snapdragon 865 chipset, 8GB of RAM, and 256GB of internal storage. It also has a 4000mAh battery, a 6.5-inch 4K OLED display, and a quad-camera setup featuring Zeis optics. If that's not enough, the phone even supports Hi-Res Audio, IP65/68 water resistance, and other features. Suffice it to say, this device is packed with premium features.

Of course, whether all of that is worth the over RM5k price tag is debatable. But what are your thoughts on it? Will you consider buying it if it comes to Malaysia? Let us know on our Facebook page and stay tuned to TechNave.com for more updates on this.