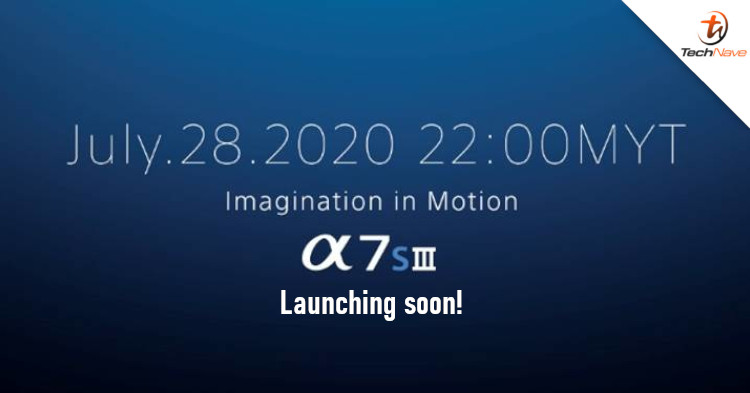 A few weeks ago, rumours about a new mirrorless camera from Sony surfaced. At the time, it was said that Sony would be launching the a7s III this month, followed by another full-frame mirrorless camera in August. Sony officially confirmed this recently and we now have a launch date.

The Sony a7s III is a long-anticipated successor to the excellent a7s II, which was launched back in September 2015. If you visit Alpha Universe, you will notice that there's now a teaser confirming that the Sony a7s III will be launching on 28 July 2020 (10 PM MYT). With the launch, you can expect a camera that will deliver great performance in low-light. If you'd like to receive alerts about the new camera, you can register yourself here.

Last month, Sony Imaging Business's VP Kenji Tanaka mentioned that everything about the Sony a7s III will be new. It's expected to feature a new image sensor and we believe it'll have overall better tech specs, including a higher pixel count. Sony Alpha Rumors claims that Sony new image sensor will still sport an effective 12MP and that it will be able to record Full HD videos in 240fps.

Without any official details from Sony, we can only take these rumours on specs with a grain of salt. But with that said, what kind of improvements are you expecting from the Sony a7s III? Do let us know on our Facebook page and stay tuned to TechNave.com for more updates on this.