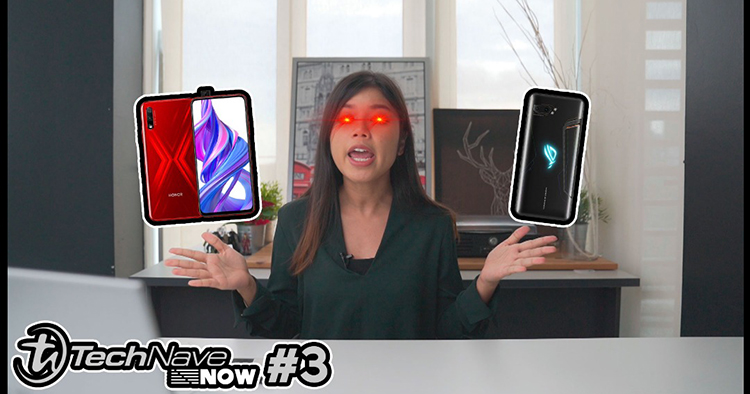 While you guys were out and about today, 2 much anticipated smartphones were launched in China. One of them being the ASUS ROG Phone 2 and the second one being the HONOR 9X series. Both phones managed to wow us with reasonable tech specs and impressive features and we're wondering which one we liked better.

The ROG Phone 2 had crazier specs than anticipated, featuring tech specs which include the a 6.59-inch AMOLED display + 120Hz refresh rate, a dual 48MP + 13MP rear camera, a 24MP front camera and many more. As for the HONOR 9X, it was revealed in two variants including the Pro variant and what pleased us the most about the device is not just the camera and price tag, but also the really cool X design on its back. Wanna know more? Watch the video below to learn more. Catch up with the latest tech news in the tech world on TechNave.com!