The Samsung Galaxy M series is coming to Malaysia! 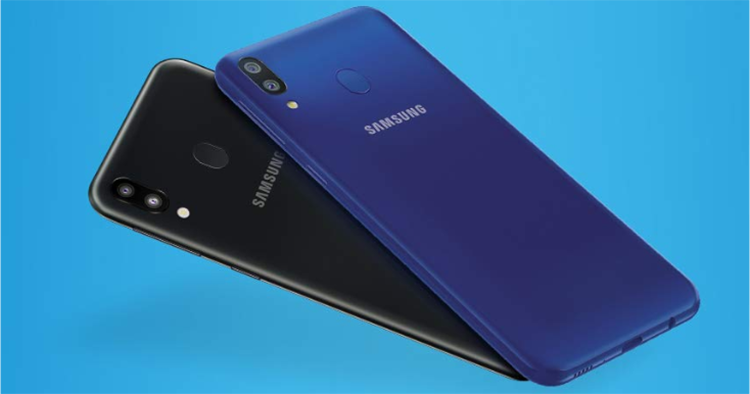 Good news to those of you who have been eyeing the Samsung Galaxy M series since it was launched exclusively on Amazon India. A quick check on the SIRIM database shows the device has been approved for Malaysia and will have dual SIM support.

The Samsung Galaxy M series comes with an extremely low price tag with features such as a 5000mAh battery and an Infinity-V notch screen with a pretty huge screen to body ratio. Unfortunately, the device does not support 802.11ac 5GHz WiFi.

Tech specs of the better variant of the Samsung Galaxy M20 include 4GB RAM and 64GB internal storage (which is expandable) and is powered by the Exynos 7904. Display wise, it comes with a 6.4 inch FHD+ display with an Infinity-V notch. On the back, it has a dual triple camera setup with a 13MP main camera and 5MP ultra-wide angle sensor with a rear fingerprint scanner. To speed up charging of its whopping 5000mAh battery, the device supports 15W fast charging with USB-C.

From what we’ve heard, Samsung is looking to launch a budget version (as if it's not cheap enough as it is) of the device which is the Samsung Galaxy M10 and a high spec version, the Samsung Galaxy M30. When all these devices drops here in Malaysia, rest be assured you’ll be the first to know when you follow TechNave.com! So will you be grabbing one of these devices?