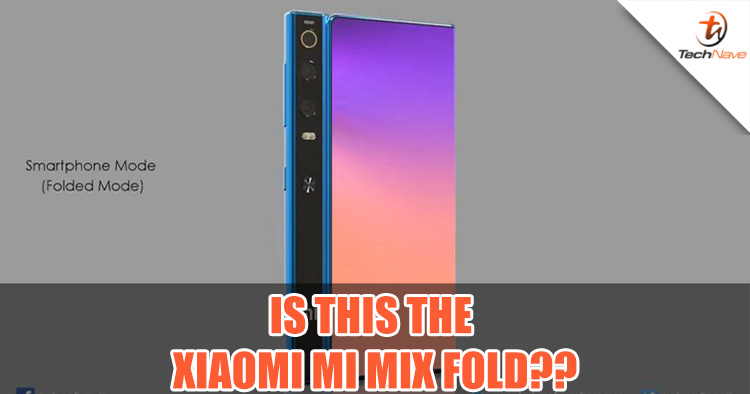 Earlier this year, Xiaomi had shared their dual folding smartphone, the Xiaomi Mi Mix Fold in a hands-on video. Then, a release date had been leaked on a smartphone rental page in China, showing that the device may be out somewhere in Q3 or Q4 of this year. Since then, things have been quiet about the device.

The device also comes with an in-display fingerprint reader, HDR 10 support and a curved edge display. Tech specs wise, the device is powered by the Snapdragon 865 with 12GB RAM and a whopping 6000mAh battery capacity. Design-wise, it may come in multiple colours such as blue, black, red, purple and navy blue. As for its camera, the concept shows a triple camera setup on the side of the device with 48MP + 16MP + 20MP sensors which clashes with another report we had earlier mentioning that the device may come with a 60MP sensor.

The video is simply a concept render and no official announcements have been made from Xiaomi in regards to the device so do take this information with a teaspoon of salt. If Xiaomi does make a foldable device cheaper than its rivals, would you be getting one? Keep up with the latest Xiaomi news on TechNave.com!