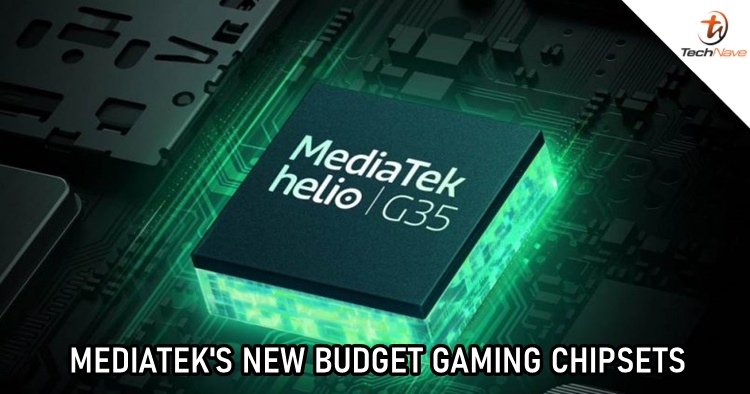 Both Redmi and realme had announced their new devices including the Redmi 9A, Redmi 9C and realme C11 earlier today. All of them are budget smartphones that are priced under RM500. However, do you know that today is also the first day for their chipsets to meet the world? It turns out that the Helio G25 and G35 are MediaTek's latest chipsets that are made for budget gaming smartphones.

The Helio G35 is a 12nm chip with an octa-core processor that comes with higher specs. It is paired with Cortex-A53 cores and they can run at 2.3GHz. Other than that, it can also be connected to up to 6GB of RAM from the 1,600MHz LPDDR4x variety while also support the cheaper LPDDR3 RAM with up to 4GB. The GPU is a PowerVR GE8320 from Imagination that runs at 680MHz. MediaTek's HyperEngine has been used as well to adjust the CPU, GPU and memory based on thermals and power draw. Meanwhile, the Helio G25 has the same architecture as the G35, but it is offered as a lower variant because of its slower clock speed. The CPU will only be running at 2.0Hz, with the GPU to 650MHz. Another bigger difference will be the G35 can support 1080p+ displays while the G25 can only handle up to 720p+.

Besides the processing power, the chipsets also come with camera features including Multi-Frame Noise Reduction, Electronic Image Stabilisation, and Rolling Shutter Compensation. The G35 can be paired with camera sensors up to 25MP while the 21MP is the limit for the G25.
Both can record 1080p videos at 30 fps using the H.264 codec and also support H.265 playback.

Talking about connectivity, both can do VoLTE and ViLTE on two 4G connections. The HyperEngine can also switch between Wi-Fi and LTE in just 13 milliseconds to maintain a fast, stable connection. Other than that, supports for Wi-Fi 5 (ac), Bluetooth 5.0 and FM receiver are also available. If you're interested in these two chipsets, don't forget that they have already been launched with Redmi and realme's devices today!

Let us know what you think about these two new chipsets from MediaTek on our Facebook page. Stay tuned to TechNave.com for more latest tech updates.