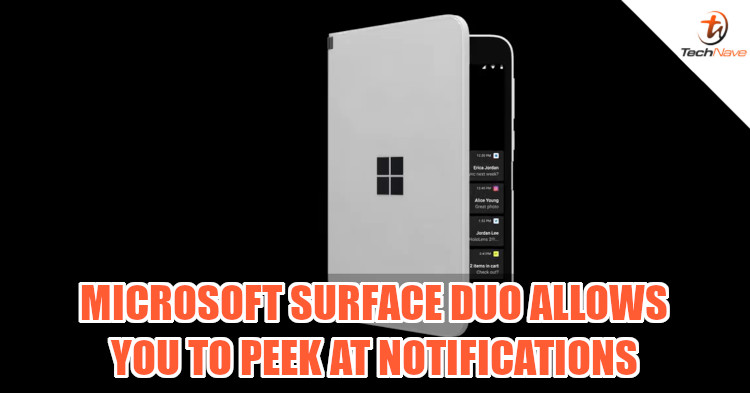 When Microsoft released the preview SDK for the dual-screen Surface Duo in January, it more or less signalled that we'll be seeing the device sometime in 2020. At least very least, news of device being spotted live indicated that developers have begun testing it. In fact, a video supposedly demo-ing a feature called 'Peek' was recently revealed in a tweet by h0x0d.

As the name implies, the idea behind Peek is to allow the user to be able to quickly check notifications, without having to unfold or open the Surface Duo completely. This is relevant because Microsoft's upcoming dual-screen doesn't have an additional screen on the back for notifications, like the one you see on the Samsung Galaxy Z Flip or Moto Razr foldable.

From what we know of it so far, the Microsoft Surface Duo is a device we would love to have. Although its size makes it a bit silly to use as a phone without a headset, the device would be excellent for multitasking, productivity, and even gaming.

With that said, what are your thoughts on dual-screen devices? Let us know what you think on our Facebook page and stay tuned to TechNave.com for more news like this.