Current Location: Home > News > We may be seeing a 3D ToF sensor or two on the Samsung Galaxy Note 10 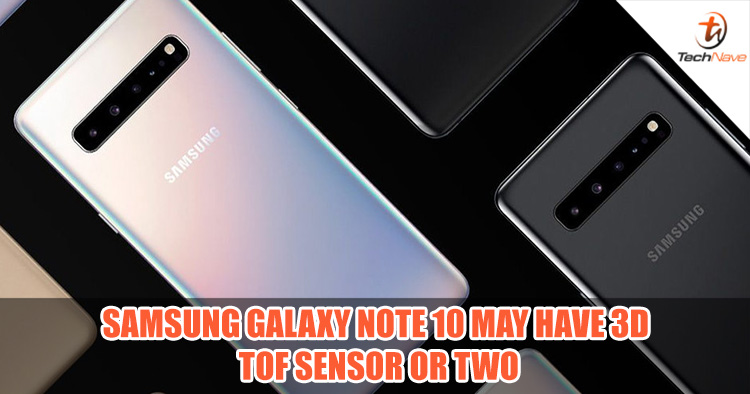 Renders show quad sensors on the back of the Samsung Galaxy Note 10+ which we suspect may include the 3D ToF sensor. The second 3D ToF sensor is said to be placed on the front of the smartphone - similar to the Samsung Galaxy S10 5G. However, due to the rumoured single punch hole design in the front of the device, this may be hard to implement. However, we may not be seeing the sensor at all on the standard edition of the Note 10 as it only comes with a triple rear camera setup alongside the LED flash. KOLEN, a South Korean lens maker has apparently invested USD$21.6million for a brand new production plant in Vietnam. This will effectively increase production capacity from 13million lenses to 25 million lenses. KOLAN had chosen Vietnam as its location due to its partnership with Samsung. As of right now, Samsung manufactures more than half its smartphones there.

The Samsung Galaxy Note 10 is set to be launched on the 7th of August. If you're interested in the phone, you can register here. We’re about a month away from the official announcement so do take this info with a line of salt. Are the 3D ToF sensors a selling point for you guys? You can keep up with the latest Samsung news and updates on TechNave’s app on iOS and Android!