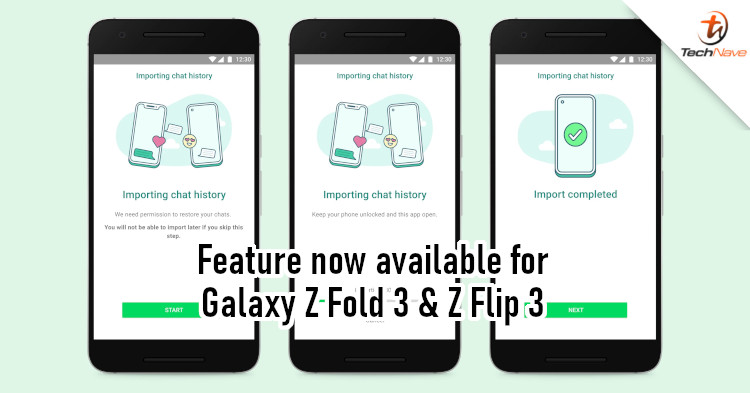 A few weeks back, we got the news that WhatsApp was working on a new iOS-to-Android feature. It wanted to make it possible for users to transfer their chat history from one platform to another. This would be useful if you plan to migrate to Android.

Soon after, Samsung confirmed that it would get the feature on their Galaxy Z Fold 3 and Z Flip 3. In its latest blog post, WhatsApp has announced that the feature is officially available. Specifically, those who have Samsung devices running Android 10 or higher. There are also a few other requirements to note, including the obvious need for a USB-C to Lightning cable. Anyway, what do you need to do to start? To export your chat history from your iOS device to your Android one, connect the two devices via the cable. The Android device also needs to be a fresh one in factory settings. Next, follow the Samsung Smart Switch to import your data. You can get the step-by-step on the FAQ page.

Now that this feature is starting to roll out, would you be looking to convert from using an iOS phone to an Android one? Which phone do you wish would be the next to receive this chat history transfer feature? Let us know in the comments, and stay tuned to TechNave for more news like this.