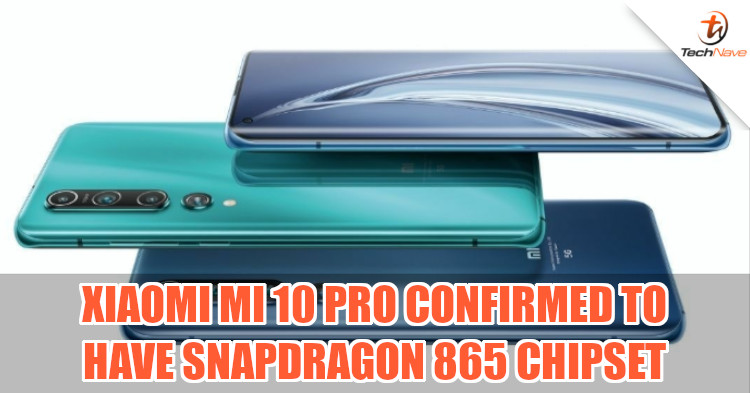 GeekBench has often been a source of discovery when it comes to smartphones and it has done it again. A new GeekBench 5 CPU benchmark result was found on the platform revealing the Xiaomi Mi 10 Pro smartphone, with some basic tech specs confirmed as well.

It was recently confirmed that Xiaomi will officially unveil the Mi 10 series on 23 February 2020 in Barcelona. There are three devices that are expected to be released for the series, including the Mi 10, Mi 10 5G, and Mi 10 Pro. As mentioned, the Geekbench score here is for the Mi 10 Pro and it looks like it packs the Qualcomm Snapdragon 865 chipset and 8GB of RAM. 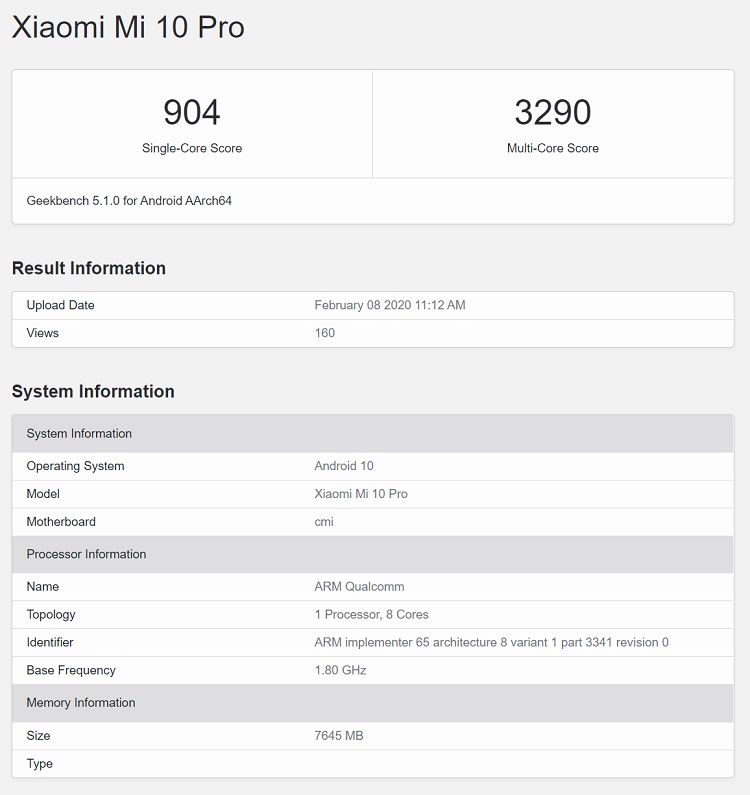 In a previous article about the expected Xiaomi unveiling, we also found out that the Mi 10 series would with quad-camera setups. The devices are also expected to come with a 108MP main camera and up to 50x zoom. As for the front, it has a curved display with a punch-hole cutout on the top-left corner for the front camera. It's also expected to have an under-display fingerprint sensor and a 66W fast-charger.

The Xiaomi Mi 10 Pro looks like it's going to be a great flagship, one that we are confident will be launched in Malaysia. With that said, are you interested in getting this device? Let us know on our Facebook page and stay tuned to TechNave.com for other tech news.