We've been following this for some time now, but now it's official: The Xiaomi Redmi K30 Pro has been launched in China. Many of its specs and features have now been confirmed, including the two optical-stabilised lenses at the rear. As you can tell, this is a high-end flagship smartphone comes with powerful specs and amazing cameras.

The Redmi K30 Pro comes with a powerful Snapdragon 865 chipset with an 8-core CPU, one of which is clocked at 2.84GHz to handle demanding applications like games. Besides that, the device comes with up to 8GB of LPDDR5 RAM, up to 256GB of UFS 3.1 internal storage, and a 4700mAh battery with a 33W fast-charger. Also, it has a large 6.67-inch Super AMOLED display with HDR10+ support. 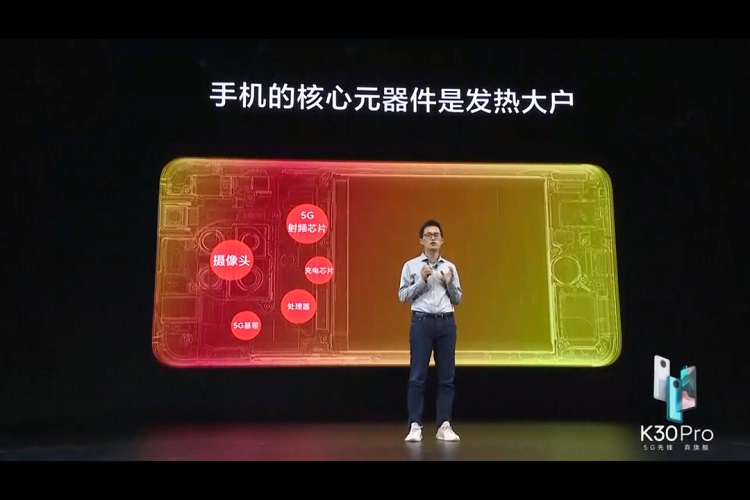 But that's not all, the new Redmi flagship comes packed with a lot of features. It's a 5G device that has the largest vapour chamber we've seen on a phone, which makes it possible to keep it cool even if your game and fast-charge at the same time. Also, it has an in-display fingerprint scanner and a large vapour chamber to keep the device cool.

In terms of cameras, the use of a 20MP pop-up selfie camera is an interesting option, as it allows the screen to free from the dreaded notch. But what's more interesting is the camera setup of the back, which is a quad-camera setup consisting of a 64MP main camera with optical stabilisation, 13MP ultra-wide lens, 5MP telephoto lens (3x optical zoom, 30x digital zoom), and 2MP depth sensor.

Xiaomi also confirmed that there would be a Zoom Edition for the Redmi K30 Pro. As the name suggests, the main difference in this model is that the telephoto lens is upgraded to 8MP and it will also have optical stabilisation. With all that said, which model are you more interested in: The standard K30 Pro or the Zoom Edition? Let us know on our Facebook page and stay tuned to TechNave.com for more news.