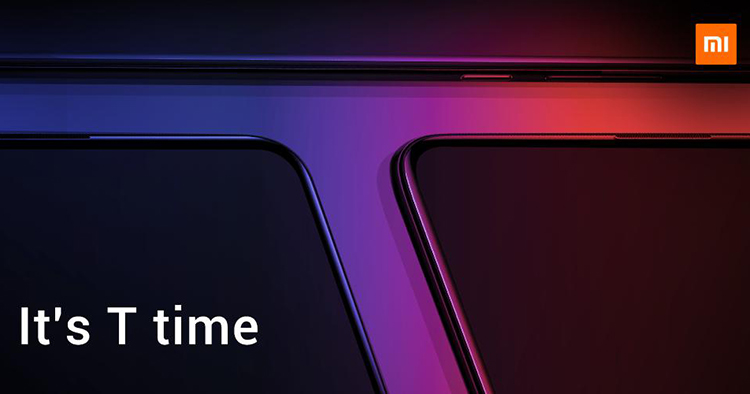 Yesterday, Xiaomi had hinted that another variant of the Xiaomi Mi 9 is coming soon but did not reveal its specific name. They asked users if the letter K, I or T was more preferable. Today, the company revealed device name - the Xiaomi Mi 9T on Twitter and asked fans what the letter T stands for alongside a photo of a completely notchless phone.

No information such as the tech specs, features or release date of the device was revealed in the tweet. However, it has been rumoured that the device may be launched in two variants, the Xiaomi Mi 9T and the Xiaomi Mi 9T Pro. It is also speculated that the device may be revealed with a pop up selfie camera, given that yesterday’s tweet was hashtagged #PopUpInStyle. The smartphone showed no notches or cutouts alongside what it looks like a slightly curved screen with thin bezels.

Previously, it was rumoured that the Xiaomi Mi 9T is what the Redmi K20 may be called in Poland. Now with the Mi 9T teaser out and the phone looking nothing like the K20, we can now put that rumour to rest. So do you prefer the upcoming Xiaomi Mi 9T or the original Xiaomi Mi 9? Keep up with the latest Xiaomi releases on TechNave.com!