Current Location: Home > News > Xiaomi's folding phone is certified and could launch next month with an affordable price Most of you might have already known that Xiaomi will be releasing its first foldable smartphone this year. After being spotted in real life on China’s subway, another news came saying that the display will be made by Samsung. Today, something even more exciting has happened as it is said that Xiaomi’s upcoming device will be the cheapest foldable smartphone in the market when it launches.

The device has already passed the certification of the Ministry of Industry and Information Technology of the People’s Republic of China. Sources are claiming that the phone could be unveiled in just next month. It is expected that Xiaomi’s foldable will use an 8.03-inch OLED panel supplied by Samsung Display alongside a 6.38-inches outer-display. 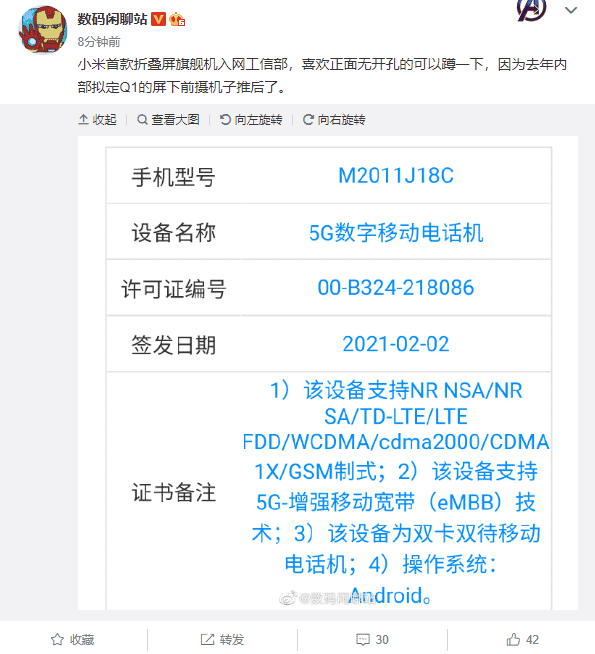 Back to the price, it is said that the device has the potential to become the best-selling foldable smartphone if this new rumour is true. The current foldable smartphones offered by Samsung and HUAWEI are way too expensive and not many people are willing to spend that much on a smartphone.

Let us know if you're excited about Xiaomi's upcoming foldable smartphone on our Facebook page. Stay tuned to TechNave.com for more rumours like this one.