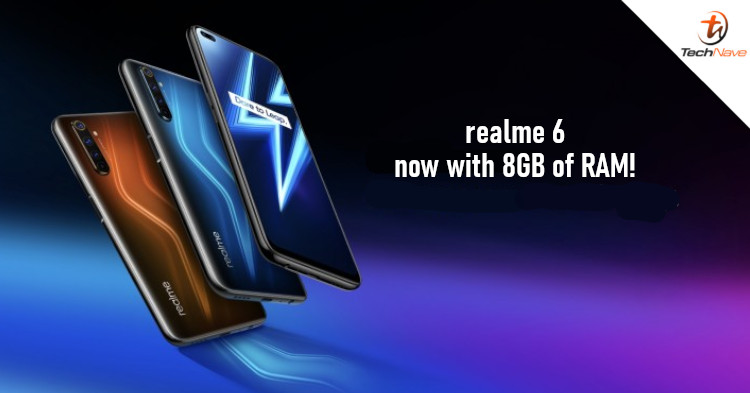 Last Friday, realme Malaysia announced that it would be bringing in a variant of the realme 6. Most of its specs will remain the same, but it will come with more RAM. Well, that variant has now been officially unveiled and you can order it from authorised sellers starting from 2 May 2020 for RM1199.

The realme 6 originally launched in Malaysia on 22 March 2020 and was well-received by local realme fans. However, some felt that 4GB of RAM wasn't enough for them. As a result, realme Malaysia decided to bring in a new variant that would double the RAM to 8GB. With that much RAM, you should be able to have more apps open without them closing on you arbitrarily. 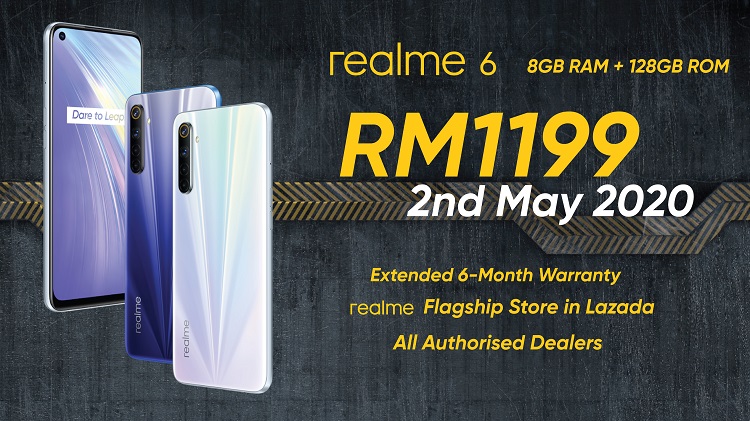 As a reminder, the realme 6 is a mid-range smartphone sporting the Helio G90T chipset, which should combine with the 8GB RAM for decent mobile gaming performance. It also comes with 128GB of internal storage, a 6.5-inch IPS panel with 90Hz refresh rate, and a 4300mAh battery. For cameras, it sports the same 64MP AI quad-camera setup and a 16MP punch-hole front camera.

If you're interested in the new realme 6 variant, you can purchase it from Lazada on 2 May 2020 and get extra 6 months of warranty. So, would you be buying this new variant? Let us know on our Facebook page and stay tuned to TechNave.com for more news on the latest smartphones.