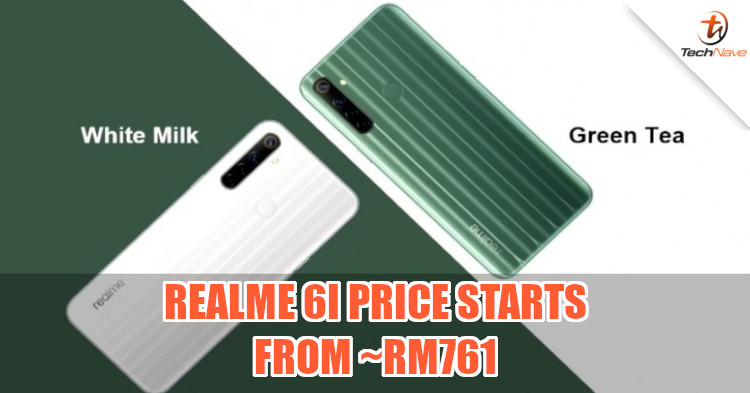 As announced last week, the realme 6i was unveiled on 17 March 2020. The new realme device was launched first in Myanmar, though we expect it to eventually come to Malaysia too, as the phone was previously found in the SIRIM database. This phone will be available in White Milk and Green Tea colours.

Some of the device's specs have been revealed previously. For instance, we know that the realme 6i is the first device to use MediaTek's Helio G80 chipset, which comes with an 8-core CPU that runs at a maximum 2GHz and a GPU that runs at 950MHz. It also has up to 4GB of RAM, up to 128GB of internal storage, a 5000 mAh battery, and a 6.5-inch 720p display, according to GSMArena. 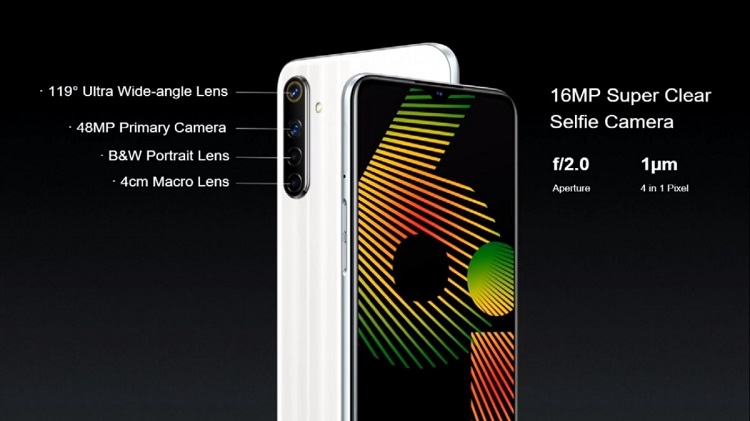 In addition, the realme 6i comes with a quad rear camera. It consists of a main 48MP camera, ultra-wide 8MP lens, 2MP macro lens, and 2MP black & white portrait lens. On the front, you will find the 16MP selfie camera behind the water-drop notch at the top. There's also a rear-mounted fingerprint sensor, 18W fast-charger, and (of course!) a 3.5mm headphone jack.

Having said that, would you be interested in purchasing this phone when it launches here? Let us know on our Facebook page and stay tuned to TechNave.com for more news.