realme 6i will allegedly have 48MP camera and 5000mAh battery, images found on FCC listing 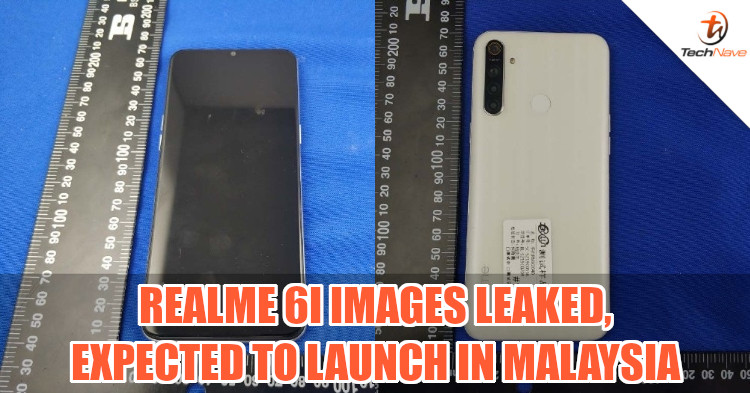 The realme 5i may have just launched quite recently in Malaysia but the next model in the series is on the way. A new leak has revealed live shots of the realme 6i, showing off how the phone looks like. From the images, it seems that it will be fairly similar to the realme 5i.

The images were first found on an FCC listing, which also had pictures of a charger rated at 18W. According to leakster Sudhanshu, the device will sport a quad-rear camera setup with a 48MP main camera, a waterdrop notch, and a 5000mAh battery. He also claimed that it uses a micro-USB port, but from the image of the bottom part of the phone, we strongly believe that it's a USB Type-C port instead.

A search for the model number RMX2040 in the SIRIM Malaysia database will show you that the device is already certified. The realme 5i carries the model number RMX2030 instead, which means the two devices are definitely different models. However, with both looking nearly identical, we believe that it'll mostly differ in specs. It's possible that the realme 6i will use a more powerful chipset like the Snapdragon 765 chipset and at least 6GB of RAM instead of 4GB, which is enough to make it better than its predecessor.

Of course, we're just guessing here and don't have any concrete info from realme Malaysia yet. But with the SIRIM certification, you can bet that this new device will be coming our way, perhaps sooner rather than later. We'll keep an eye out for news on this, for now, so stay tuned to TechNave.com for future updates.