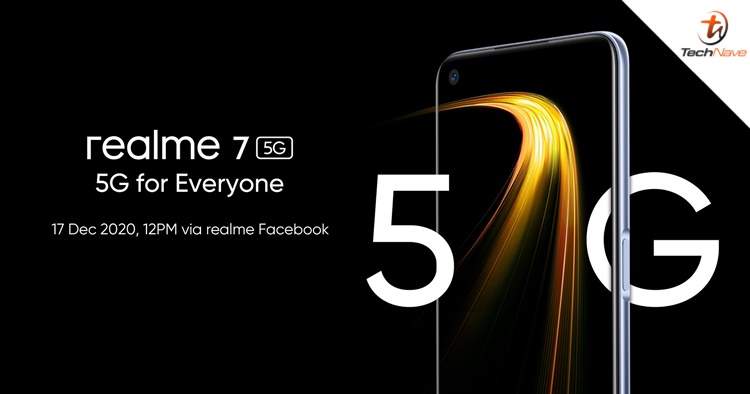 Wait, didn't realme Malaysia already release the realme 7 in Malaysia? Yes, you are right but this one is the realme 7 5G variant and it will be launching online via the company's Facebook page on 17 December 2020 at 12 PM.

In terms of tech specs, it's not known if the realme 7 5G will have similar or the same ones as the realme 7 or 7 Pro when it launches here. Initially launched in Europe and India, the realme 7 5G features a Mediatek Dimensity 800U 5G chipset, whereas the local sets that we have are using Mediatek Helio G95 and Qualcomm Snapdragon 720G chipset respectively. For the record - no Dimensity-powered smartphones have been launched outside of China yet. Besides the chipset, the realme 7 5G and realme 7 are quite similar. It is sporting up to 8GB + 128GB memory capacity, the same 6.5-inch LCD screen but with up to 120Hz refresh rate, and the same 5000mAh battery with 30W fast charging technology. The main rear camera sensor is also 48MP instead of 64MP.

In terms of price, the phone could be around ~RM1514 as the original price is 279 Pounds. The realme 7 is RM1299 here in Malaysia so that's not too far off. Until then, stay tuned for our news coverage at TechNave.com.