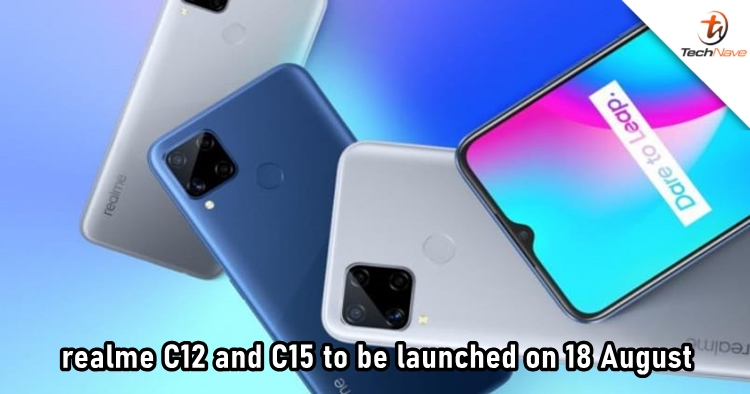 Smartphone manufacturers literally have no chill nowadays. With the realme C11 being launched just a month ago, the brand is now going to add two new devices to the C lineup. According to Indian sources, the realme C12 and realme C15 are going to be launched in the country on 18 August.

Before the event happens, realme has confirmed that both of the devices will pack a huge 6,000mAh battery. Although the company didn't reveal anything else, rumours have appeared earlier saying the realme C12 will be featuring a MediaTek Helio P35 chipset and paired with 3GB of RAM. For the realme C15, the device is rumoured to house a Helio G35 chipset and sport a 6.5-inch HD+ display. The battery might also support 18W charging. At the back, there could be a quad-camera setup that brings a 13MP primary camera, an 8MP ultrawide, a 2MP monochrome, and a 2MP depth sensor. The selfie camera is expected to come with an 8MP sensor.

Let us know what you think about the upcoming realme devices on our Facebook page. Stay tuned to TechNave.com for more exciting smartphone launches.