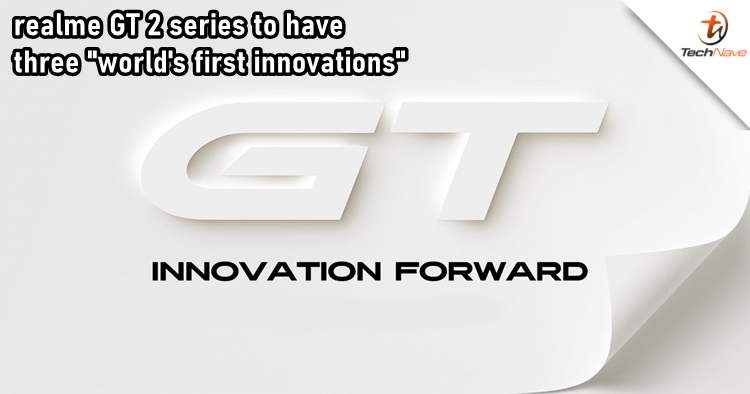 Before launching the realme GT 2 series in a few more days, realme has announced that some interesting technologies will come along with the Snapdragon 8 Gen 1-powered smartphone. Not only that but all of them also get labelled as "world's first innovations", which means that other smartphone manufacturers have not achieved them previously.

The three innovations will include eco-friendly material, photography, and communication technologies in the GT 2 series. realme will be teaming up with Japanese industrial designer Naoto Fukasawa again, whom they previously worked with on the realme GT Master Explorer Edition, to build the upcoming smartphones. It's said that they will be using the "world's first innovative bio-based material," which can not only reduce carbon emissions by up to 63% per kilogram but is also as durable as traditional materials.

For the other two innovations, the company didn't specify much. However, we're going to find out what they are on 20 December. Besides Qualcomm's latest flagship, the realme GT 2 Pro might also feature an under-display camera, a QHD+ screen, and 12GB RAM with 1TB storage onboard. We can't deny that those are the tech specs that make a smartphone looks promising.

Are you excited about what realme is putting on the table? Drop a comment to let us know and stay tuned to TechNave.com for more smartphone news.