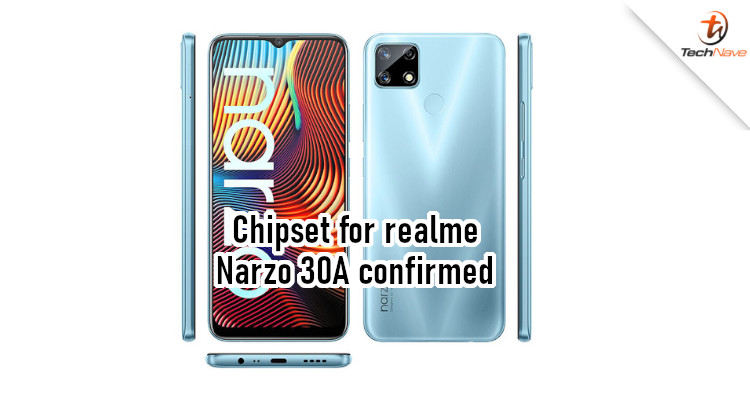 A few days ago, realme confirmed the launch date for the Narzo 30 series. We also already know that the Narzo 30 Pro would be a 5G device featuring the Dimensity 800U chipset. But what about the Narzo 30A? Well, that detail has been revealed as well.

According to GSMArena, the realme Narzo 30A (RMX3171) was recently benchmarked on Geekbench. The chip bearing the name of the ARM MT6769V/CZ is MediaTek's Helio P35, which is the same chipset equipped on the Samsung Galaxy A12. You can read up the performance section of our review of that phone to get an idea of how it can perform. 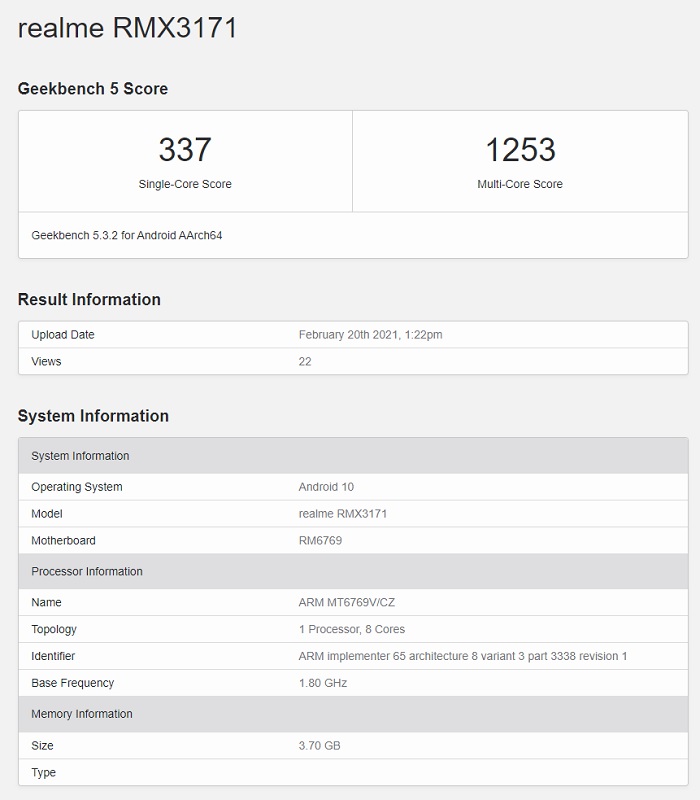 Besides the chipset, the benchmark shows that the Narzo 30A will be an Android 10 device with 4GB of RAM. It should also have the same 6.5-inch, but likely without the 120Hz refresh rate and 180Hz sampling rate. As for the camera module, it's a triple camera setup in a square-shaped module.

It's quite obvious that the Narzo 30A is meant to be an entry-level smartphone. But as it is, the entry-level segment is ultra-competitive with so many options available. With that said, what do you think an entry-level device would need to stand out? Let us know in the comments and stay tuned to TechNave for more updates.