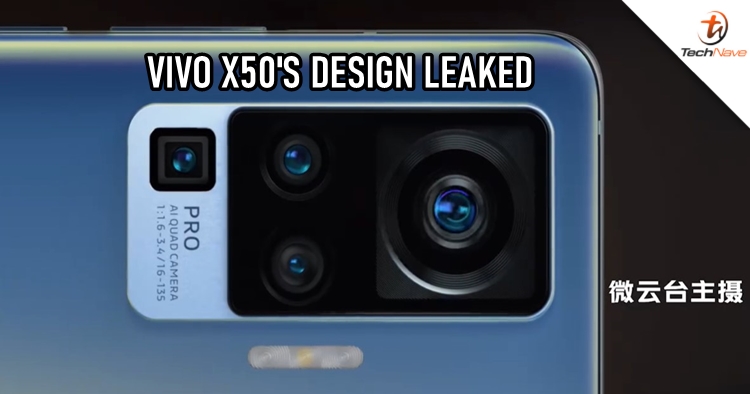 The rumour about the vivo X50 that showed up yesterday has revealed the device will be having a quad-camera setup with optical image stabilisation, and is going to be launched on 1 June. Today, a teaser video and a leaked image have come out showing the look of the device, revealing a large camera sensor with a gimbal-like design for stabilization.

In the teaser video, the vivo X50 is placed beside a slim book to show off how thin is the device. The product manager of vivo has also confirmed that the device will be 7.4 mm in thickness and weighs just 170 grams. Other than that, the video has shown us another very interesting stuff as well which is the moving lens in the quad-camera setup. We believe that it might be an awesome technology because it appeared not once, but twice in the video. There is also a rumour suggesting the device will feature Samsung's new DSLR-like camera sensor. Besides those that we can see in the video, there's currently not much information on the devices yet. There is also a teaser image that appeared on Weibo which reveals two colours of the device including a green one and a purple-ish variant, but the product manager said that it is fake. Now, we could only wait until 1 June for the big reveal that is going to happen in China.

Let us know what you think about the vivo X50 on our Facebook page. Stay tuned to TechNave.com for more latest smartphone rumours.