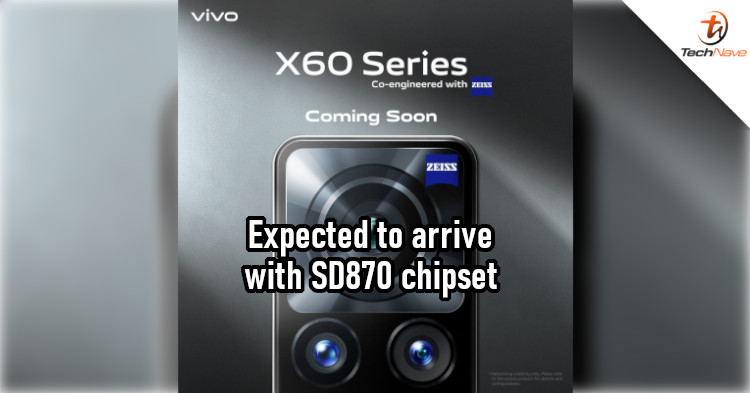 When vivo launched its X60 series in China, it became the first to house Samsung's new Exynos 1080 chipset. Recent rumours suggested that a global launch would be happening soon, but now we know for sure as vivo has confirmed it.

Earlier today, vivo Malaysia officially announced that the vivo X60 series would be coming soon. Although the exact date was not provided, these announcements are usually made at least a week before the launch. In other words, we can reliably expect the vivo X60 and X60 Pro to be available in March 2021.

As a reminder, the vivo X60 smartphones are flagship-class devices with a focus on mobile photography. Note that the global variant is rumoured to have the Snapdragon 870 chipset. But other than that, the two models should have the same 48MP Sony IMX598, a 120Hz display, and 33W fast-charging. They should also have up to 12GB of RAM and up to 256GB of internal storage.

vivo Malaysia hasn't announced the local price, but for reference, the X50 series launched here with a starting price of RM2399. Considering the specs this time, the new series should provide greater value-for-money. Having said that, would you be interested in grabbing one? Let us know in the comments below, and stay tuned to TechNave for further updates.