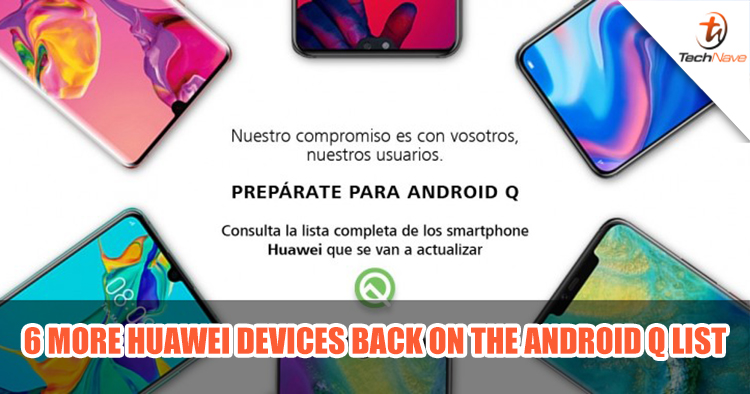 The US government's ban on Huawei which forced Google to sever ties with Huawei have left many smartphone owners worried. Initially, Google had removed Huawei devices from their Android Q list but we’re beginning to see some Huawei devices making a comeback onto said list.

Prior to this, the Huawei P30 series and the Mate 20 Pro had also been reinstated into the Android Q program. Also, their sub-brand, HONOR, will be seeing the HONOR 20 series on the list as well. Will this news make you want to keep your Huawei devices? Keep up with the latest Huawei news and updates on TechNave.com!